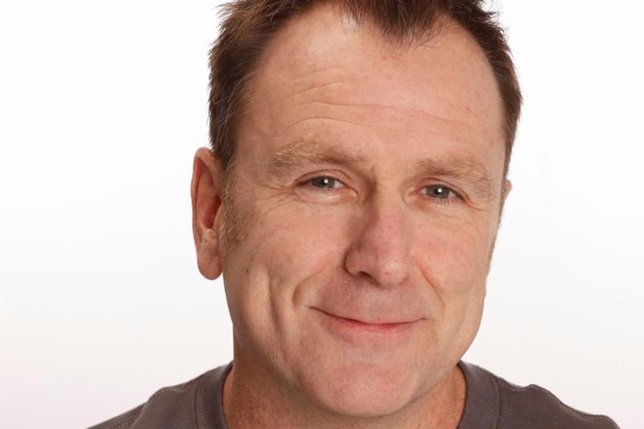 Sag Harbor, NY - April 21, 2017 - Bay Street Theater & Sag Harbor Center for the Arts is pleased to announce that Colin Quinn will be presenting a stand-up comedy show for Bay Street's Comedy Club series on Memorial Day Weekend on Saturday, May 27 at 8 pm. Ticket prices range from $55 to $75 and are available online at www.baystreet.org or by calling the Bay Street Theater Box Office at 631-725-9500, open Tuesday through Saturday 11 am to 5 pm.
Colin Quinn is a stand-up comedian from Brooklyn. From MTV's Remote Control to SNL to Comedy Central's Tough Crowd, Mr. Quinn is not one to take a hint and bow out gracefully. He's been on Broadway with Irish Wake and Colin Quinn Long Story Short and off-Broadway with Colin Quinn Unconstitutional and Colin Quinn The New York Story. Colin can be seen in the recurring role of 'Hermie' on HBO's Girls, opposite Amy Schumer in Judd Apatow's Trainwreck and later this year in Sandy Wexler with Adam Sandler. Colin Quinn The New York Story (directed by Jerry Seinfeld) and Colin Quinn Unconstitutional are now streaming on Netflix and his web series Cop Show can be seen on lstudio.com. His first and last book "The Coloring Book" is now out from Grand Central Publishing.
Bay Street Theater's Comedy Club series is sponsored by Friars Club, Beach Magazine and Sag Harbor Inn.
Bay Street Theater & Sag Harbor Center for the Arts is a year-round, not-for-profit professional theater and community cultural center which endeavors to innovate, educate, and entertain a diverse community through the practice of the performing arts. We serve as a social and cultural gathering place, an educational resource, and a home for a community of artists.