After completing its mission and surviving a Lunar eclipse, the LADEE spacecraft has impacted the far side of the moon. 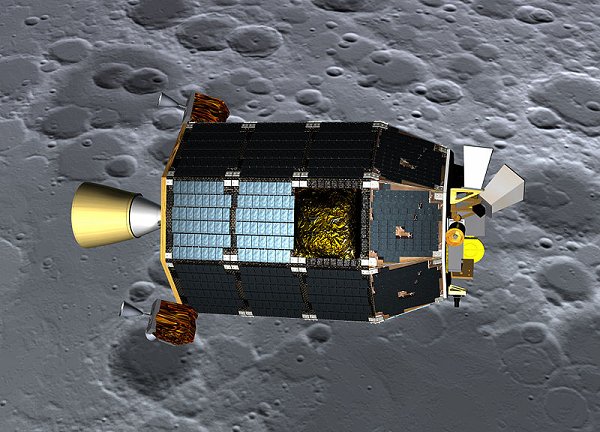 Update - April 18, 2014 - The LADEE spacecraft has crashed into the moon. Ground Controllers at NASA's Ames Research Center report that the craft made impact some time between 9:30 and 10:22 PM PDT on April 17. Engineers believe that during its descent the lunar explorer heated up to the point that some materials could have vaporized, and whatever remained upon impact was likely buried in shallow craters.

“At the time of impact, LADEE was traveling at a speed of 3,600 miles per hour – about three times the speed of a high-powered rifle bullet,” said LADEE project scientist Rick Elphic. “There’s nothing gentle about impact at these speeds–it’s just a question of whether LADEE made a localized craterlet on a hillside or scattered debris across a flat area. It will be interesting to see what kind of feature LADEE has created.”

LADEE crashed on the far side of the moon, which is not visible from Earth and where no prior lunar mission has landed. NASA hopes to piece together the exact time of impact over the coming months and to obtain an image of the impact site through the Lunar Reconnaissance Orbiter.

Original Story - April 8, 2014 - NASA’s LADEE (Lunar Atmosphere and Dust Environment Explorer) spacecraft has been orbiting the moon since October 6, 2013—a month after its launch—gathering scientific data and accomplishing several milestones as it circled our planet’s nearest celestial body’s equator.

The machine was sent to collect data on the moon’s atmosphere and dust environment in an effort to determine whether lunar dust, electrically charged by the sun, was the cause of a pre-sunrise glow above the lunar horizon seen during several Apollo missions. The National Aeronautics and Space Administration has also used the vending machine-sized craft to gather information about the composition of the moon’s atmosphere.

LADEE’s mission is now drawing to a close, however, and at some point over the next two weeks will crash into the moon’s surface. On Friday, April 11, ground controllers will have the spacecraft perform its last orbital maintenance maneuver just days before a four-hour total lunar eclipse occurs on April 15. That eclipse will put LADEE on the cusp of the conditions under which it was designed to operate and survive.

The maneuver will make sure that LADEE hits the far side of the moon, which is neither viewable from Earth nor near any prior lunar landings, but it will not set a specific location or time for impact. As the craft runs out of fuel its orbit will decay and it could strike the moon at any time on or before April 21.

“The moon's gravity field is so lumpy, and the terrain is so highly variable with crater ridges and valleys that frequent maneuvers are required or the LADEE spacecraft will impact the moon’s surface,” said LADEE project manager Butler Hine. “Even if we perform all maneuvers perfectly, there's still a chance LADEE could impact the moon sometime before April 21, which is when we expect LADEE's orbit to naturally decay after using all the fuel onboard.”

Since NASA is uncertain of exactly when LADEE will make impact, it has put together a contest asking the general public to guess when the spacecraft will hit. The contest is open to all, and asks participants to simply take their best guess as to the date, hour, and minute that LADEE will fall.

Winners will be announced after impact, and will also be e-mailed a commemorative, personalized certificate from the LADEE program. Submissions must be entered by 3 PM on Friday, April 11.