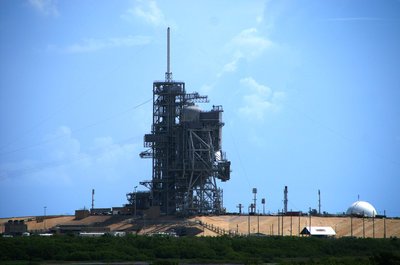 Long Islanders – along with many people throughout the east coast – will be able to watch as NASA launches the Lunar Atmosphere and Dust Environment Explorer (LADEE) moon probe on Friday night. The launch is scheduled for 11:27 p.m.

The Minotaur V Rocket, which will be carrying the LADEE, will take off from a launch pad at NASA's Wallops Flight Facility on Wallops Island, Va. This will be the first deep-space mission ever launched from Wallops Island.

The Minotaur V is an eight-story, five-stage rocket. The LADEE will then launch from the Minotaur V, where it will go into a highly elliptical orbit and time it’s trajectory to the moon.

The rocket launch can be seen anywhere between the north-eastern tip of South Carolina, up to Portland, Maine.  People from parts of upstate New York will be able to see the rocket as well, it will be visible as far as Syracuse.

According to Space.com, most Long Islanders can expect to see the rocket about 80 seconds after it launches. If you are out of the visibility zone, you can also watch a live online broadcast of the launch on NASA’s website.

The LADEE will be carrying three scientific instruments and one technology demonstration to the moon. Scientists are hoping that the probe will help them gain a better understanding of the moon’s atmosphere. It will also help scientists figure out certain long-standing lunar mysteries.

It will take about 2.5 months for the LADEE to reach the moon. Once it reaches its destination, the probe will spend about 100 days orbiting the moon and performing various experiments. After the mission is complete, the LADEE will impact the lunar surface.

As long as it is a clear night, viewers will be able to see a light in the sky similar to a bright star with a yellow-white tinge. The rocket will also give the illusion that it is dipping back towards Earth at one point, however it is just going higher, faster, and farther away from populated areas.