The route will cover approximately three miles along an electric main line circuit. 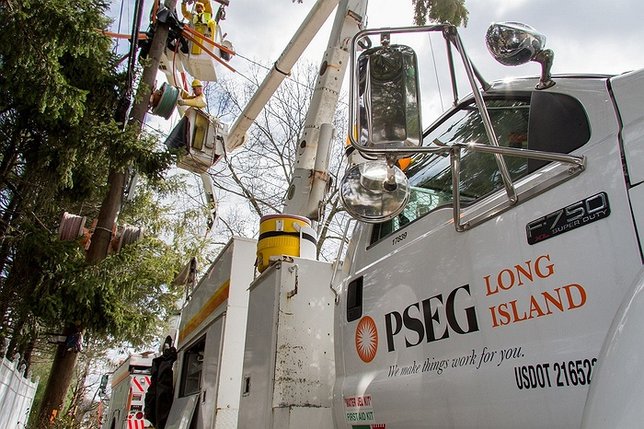 Uniondale, NY - March 15, 2016 - PSEG Long Island customers in Southold will see more crews in their neighborhood this spring as an additional circuit is being added to ongoing FEMA reliability work. This circuit will be the ninth project in the Town of Southold, where FEMA funded work began in April 2015 to improve the reliability and resiliency of the electric grid for Southold residents.
PSEG Long Island licensed and approved contractors will be working on this route for approximately five months. Work will include replacing existing wires, installing new and more durable poles and installing or replacing switching equipment to help reduce the number of customers affected by an outage.
“Adding an additional circuit in the Town of Southold makes it one of the most active work areas for FEMA funded reliability work,” said John O’Connell, PSEG Long Island vice president of transmission and distribution operations. “With this additional work, an increasing number of Southold residents will have the best-in-class system reliability that PSEG Long Island is continually striving to deliver.”
Project Route
The route will cover approximately three miles along an electric main line circuit. PSEG Long Island crews will be working on the following streets in the Town of Southold:
This project is funded through the FEMA Hazard Mitigation Assistance Program, which was established to harden electrical distribution infrastructure against future storm damage and help restore power more quickly. In 2014, more than $729 million of federal recovery funds were secured for the Long Island Power Authority via an agreement between Governor Andrew M. Cuomo and the Federal Emergency Management Agency (FEMA), under the FEMA 406 Mitigation Program.
For more project details, including work locations, visit psegliny.com/reliability.