As the third anniversary of Superstorm Sandy nears, PSEG Long Island continues to make significant improvements to its transmission and distribution infrastructure, and communications and technology systems. 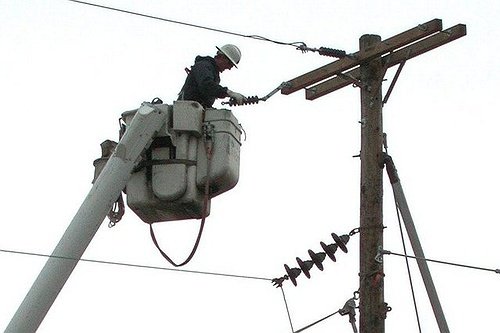 Uniondale, NY - October 27, 2015 - As the third anniversary of Superstorm Sandy nears, PSEG Long Island continues to make significant improvements to its transmission and distribution infrastructure, and communications and technology systems. All of the investments made will ensure that fewer customers are impacted by a significant storm and that, when electric service is lost, customers are kept informed and up-to-date and have their power restored faster in the aftermath.

“The destruction and damage experienced during Superstorm Sandy will never be forgotten,” said David Daly, president and COO, PSEG Long Island. “While we can’t prevent storms from hitting Long Island and the Rockaways, we can take the lessons learned since Superstorm Sandy to make sure we are better prepared to handle their impact moving forward. We are confident that the investments we’ve made will provide our customers with the resilient electric utility they deserve.”

Superstorm Sandy and the Nor’easter that followed caused nearly all of the service territory’s 1.1 million customers to lose power. The entire service territory was declared a federal major disaster area. Power was lost as a result of flooding, downed and up-rooted trees, damaged switching and substations, and significantly damaged poles and electrical equipment.

From the more aggressive tree trimming program, to upgrades and storm hardening of vulnerable substations, transmission and distribution lines, and an enhanced circuit and equipment inspection program, PSEG Long Island has made and continues to make extensive capital improvement projects to ensure safe and reliable service for our customers across Long Island and in the Rockaways.

To further minimize storm damage to the electric system, PSEG Long Island’s tree trimming program works throughout the year to identify and trim tree limbs in rights of way and along easements that could potentially cause outages during or after a storm. Tree limbs that come in contact with electric lines remain a major cause of customer outages during storms.

In addition to reliability upgrades to the electric grid, in late 2014, PSEG Long Island implemented a new outage management system (OMS) to improve the company’s ability to identify and manage outage conditions all year long. The new OMS also expands the ability to respond in the aftermath of a major storm.

For Customer Services, a new voice activated automated customer service telephone system electronically records and reports outages to system operators to start the restoration process more quickly and efficiently. This new system is easier for customers to use. In addition, to better communicate with customers in the hardest hit areas after a storm, experiencing an extended outage, the Customer Liaison program was created to have boots on the ground to provide information about the restoration efforts and provide supplies such as ice and water to ease the inconvenience of an extended outage.

In March 2015, PSEG Long Island announced more than $729 million of federal recovery funds were secured via an agreement between Governor Cuomo and the Federal Emergency Management Agency (FEMA), under the FEMA Hazard Mitigation Assistance Program. This agreement provided the funding to embark on a three-year reliability and resiliency project to further strengthen key electric circuits that were identified as vulnerable to severe storms.

The first of these FEMA-funded electric circuit projects was completed this week in the Town of Southold. Over the past seven months, crews have strung more weather-resistant wire, installed new and more durable poles in several locations and installed and replaced switching equipment to help reduce the number of customers affected by an outage.