There were 341 accidents involving over-height trucks striking underpasses on Long Island between 1993 and 2011. New standards for GPS systems seek to prevent it from happening. 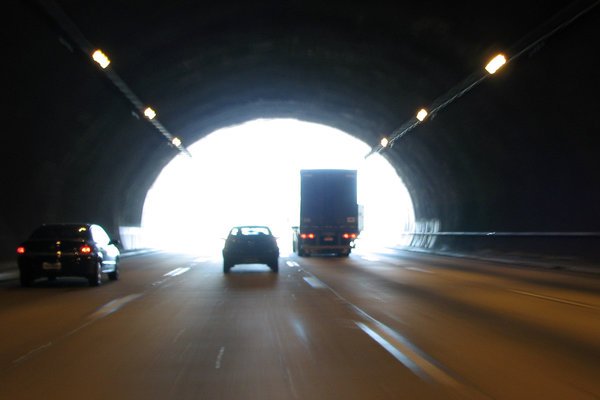 The Long Island Southern State Parkway overpass at Eagle Avenue has been struck at least 27 times by trucks, according to Senator Charles E. Schumer at a news conference on Monday. This not only causes damage to infrastructure, but it is also the cause of traffic jams and danger to drivers and passengers of vehicles on the road. In an effort to prevent tractor-trailers and other commercial vehicles from using parkways in New York that have a ban on such vehicles, Schumer and federal officials announced new federal standards for GPS technology used in the trucking industry.

According to reporting from The New York Times in an interview with Schumer, “Eighty percent of all the trucks that get stuck under bridges are a result of using the wrong GPS.” Current GPS systems used do not factor the size of the vehicle or if there is a ban of such vehicles on the road. It simply knows to provide drivers the most direct routes.

The Federal Motor Carrier Safety Administration (FMCSA) has set new recommendations for GPS systems approved for used in commercial trucks. It will take into consideration the vehicle’s height, weight and contents to direct it to the appropriate roads. These new standards have only been set for the GPS systems used for commercial trucks, and not for consumer vehicles.

Brochures and filers will be distributed to trucker operators by the FMCSA. It will also require a mandatory entry-level certification program, which will involve GPS training with each new renewal or application for a commercial driver’s license.

While many parkways in recent months have added signage stating ‘Low Bridge – No Truck,’ officials have argued it does not help prevent trucks from getting onto the parkways in the first place.