New Jersey Officer Jesse Turano saves a would-be jumper on the George Washington Bridge - his fifth save this year alone. 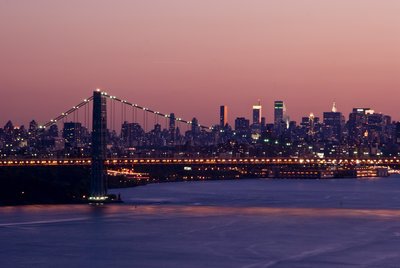 A Port Authority police officer saved a man from jumping from the George Washington Bridge to his death this past Tuesday night, but what is more impressive is the officer’s track record: this was his fifth bridge-jumper save this year alone.

When Officer Jesse Turano was out on patrol at around 10 p.m. Tuesday evening, he received a call that a man was on a closed walkway, even though security guards ordered him to leave.  Like many unfortunate calls for bridge patrol officers, it was evident that the man was attempting to jump.  Turano rushed to the walkway in his cruiser and asked the man to step back.

“I asked him to stop several times and he refused,” said Turano to New Jersey’s Star-Ledger. “I kept driving, and as I looked at him I got the sense that he was possibly emotionally disturbed. I could just tell by his mannerisms and his behavior.”

When Turano saw the man put his hands on the outer railing and prepare to kick off, Turano exited the vehicle and chased after him, grabbing him around the waist and pulling him back to the walkway.  The officer then handcuffed the man and called for backup.

An ambulance came to bring the would-be jumper to the hospital, and Turano rode along with the man to make sure he was taken care of.  On the way the man confided in the officer that he had been out of work for three years and still could not find a job.

“He said he had enough and he wanted to kill himself,” Turano said. “He kept thanking me and I said the best thanks you can give me is if you get yourself some help.”

What may be an extraordinary occurrence is certainly becoming ordinary for the New Jersey cop, who has saved four other people this year.

According to The New York Post, the George Washington Bridge had a record number of suicides in 2012, where officers responded to 12 suicides and 43 attempted suicides.