NYSDOH announced that the number of New Yorkers getting screened for colon cancer has increased by more than 100,000 from 2014 to 2015. 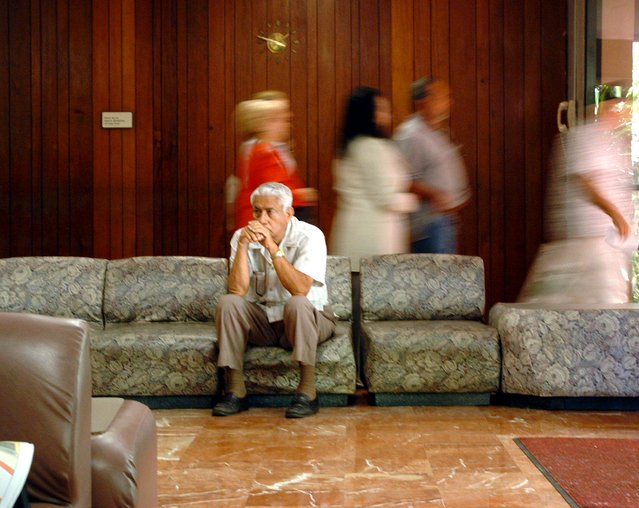 Albany, NY - March 1, 2017 - The New York State Department of Health (NYSDOH) announced today that the number of New Yorkers getting screened for colon cancer has increased by more than 100,000 from 2014 to 2015. This positive development comes as the Department kicks off Colon Cancer Awareness Month.

Colorectal cancer is the second leading cause of cancer deaths in the country.  The reduction of colorectal cancer as a public health problem is a high priority for New York State. Since Dr. Zucker pledged the NYSDOH’s commitment to “80% by 2018,” a nationwide initiative led by the National Colorectal Cancer Roundtable, the Department has increased New York’s colorectal cancer screening rate and plans to achieve 80 percent by the year 2018.  As of December, New York had the highest number of organizations and people in the country pledging to meet this goal, which included health care organizations, employers, non-profits, government leaders and many more.

According to the report, 70.5 percent of New Yorkers between the ages of 50 and 75 who are recommended for screening reported they were screened in 2015, compared to 68.1 percent in 2014. Approximately 4.1 million people were up to date with screening in 2015.

Health organizations, including the American Cancer Society, the U.S. Preventive Services Task Force and the Centers for Disease Control and Prevention recommend that adults aged 50 and older be screened for colorectal cancer.  Certain individuals at high risk for colorectal cancer, such as those with a personal or family history of colon polyps or colon cancer, or a personal history of inflammatory bowel disease, should talk to their physicians about the best time to begin screening and how often they should be tested.

To achieve the goal of screening 80 percent of the eligible population, approximately 500,000 more people in New York State need to be screened.  In addition, New York adults who are currently up-to-date need to continue on their screening schedules.

More than 9,000 New Yorkers are diagnosed with colorectal cancer every year and the disease claims nearly 3,000 lives each year.  By following recommended screening guidelines, experts estimate that at least 60 percent of these deaths could be prevented.

NYSDOH surveys the rate of colorectal cancer screening each year via the Behavioral Risk Factor Surveillance System (BRFSS), a statewide telephone survey of non-institutionalized adults 18 years of age and older. The BRFSS is the primary data source used for tracking rates of colorectal cancer screening in the NYS population. To read the 2015 BRFSS report, visit: here

Screening for colorectal cancer is covered by most health plans, including Medicaid and health plans participating in NY State of Health, New York’s official health plan marketplace.  The NYSDOH Cancer Services Program (CSP) offers free screening to eligible uninsured men and women in every county and borough in New York.  To find a CSP near you, call 1-866-442-CANCER (2262) or visit: here.

To learn more about the “80% by 2018” initiative and sign the pledge visit: here. A list of pledging organizations in New York can be found at: here.