While texting and talking on the phone while driving are dangerous, there is evidence to suggest that taking photos is even more dangerous. 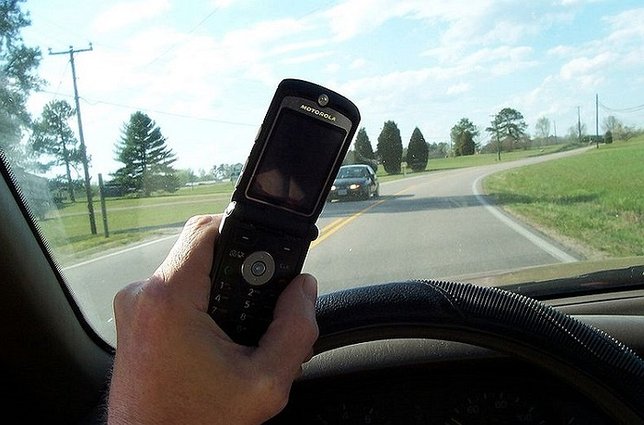 New report ranks NYS eighth among top state where motorists take photos of themselves while driving.

Albany, NY - August 8, 2016 - The New York State Department of Motor Vehicles (DMV) and Governor’s Traffic Safety Committee (GTSC) are warning motorists about the dangers of taking selfies while driving in the wake of increasing social media activity and a report by the Auto Insurance Center that puts New York State in the top ten states with drivers who post the highest number of driving selfies, with 1.29 posts per 100,000 residents. The warning comes just weeks after DMV and GTSC urged New Yorkers to put their phones down instead of playing the popular Pokémon GO game while behind the wheel or walking near or across roadways.

“Smartphones can provide nearly limitless entertainment, but activities like taking selfies while driving are just irresponsible,” said Terri Egan, DMV Executive Deputy Commissioner and GTSC Acting Chair. “A quick search of social media or local news reports across the country show that taking selfies and even live streaming are things motorists actually do behind the wheel, with some doing so on a repeat basis. Whether it’s answering a short text, making a quick phone call, taking a photo, or catching Pokémon, it’s never a good idea to be distracted while driving. Keep your eyes on the road and put the phone down – it can wait!”

As part of the report, the Auto Insurance Center recently reviewed 70,000 Instagram posts with driving-related hashtags to determine where selfie-taking drivers took their photos and when they posted them. Despite proactively combating texting and cell phone use while driving since cellphones rose to popularity, New York State ranked eighth among states where drivers are posting the most driving selfies. New York is among one of only 14 states (plus Washington, D.C.) to prohibit all drivers from using handheld cell phones while driving, according to research by the Auto Insurance Center. The group adds that nearly four in ten drivers who use smartphones are checking social media apps while driving.

While texting and talking on the phone while driving are dangerous, there is evidence to suggest that taking photos is even more dangerous, especially when the photo includes the driver. AAA reports that a driver’s eyes may leave the road for at least two seconds to snap a selfie, during which time a car can travel 176 feet, or nearly the length or two basketball courts, at 60 miles per hour. Recording a video can distract drivers for much longer, compounding the dangers of driving while distracted. With new technologies like Facebook Live, Periscope, and other live streaming apps, users – including motorists behind the wheel – are finding new ways to drive while looking into a smartphone, which puts themselves, other motorists, and pedestrians in danger.

Exceptions to the laws include:
Governor Cuomo has made combating texting-while-driving a high priority. In 2011, he directed DMV to implement regulations increasing the number of points for a texting-while-driving infraction from two points to three points, and from three points to five points in 2015. The Governor also signed a law substantially increasing penalties for probationary and junior drivers convicted of texting-while-driving. Under the law, probationary and junior drivers could face a 120 day suspension for a first offense, and can lose their license for one year if a second offense is committed within six months. Motorists caught texting and driving face up to a $250 fine for a first offense and five points on their license.