Carmelo Anthony hyper-extended his knee against the Lakers, while the Nets make a substantial coaching change.

Knicks Have an Up and Down Week

The Knicks travelled to LA for Christmas, meeting the Lakers for the second of only two games this season (they defeated Los Angeles 116-107 two weeks ago).

The game was back and forth for much of the night, with the Lakers leading 25-23 at the end of the first quarter, and the Knicks on top by 8 when Felton left with an injured finger during the third. Ultimately LA would pull away through a 23-16 fourth, winning by a final tally of 100-94. Carmelo Anthony went point-for-point with Kobe Bryant as they both scored 34; Steve Novak followed off the bench with 25 of his own.

The Knicks continued their brief tour of the West coast the following day, in Phoenix, but were without Anthony and Felton who both sat with injuries. New York was up by a commanding 54-44 at the half, but gave their lead right back in the third. Tied 76-76, the game came down to the final seconds as JR Smith sunk the night’s last shot to put the Knicks over 99-97. His previous shot tied the game at 97 as he scored 27 on the day. Jason Kidd backed him up with a season-high 23, and Tyson Chandler put together a double-double with 14 points and 12 rebounds.

New York finished its west coast journey last night as they squared off against Sacramento. Losing 71-50 after the first half, the Knicks would trail by as much as 27 on the night, but they would not go down without a fight. Despite still being without Anthony due to his knee injury or Felton thanks to his fractured finger, the Knicks rallied back and outscored the Kings by 15 in the third period. JR Smith scored 28 off the bench and Chris Copeland had 23, but it would fall just shy of a comeback as they fell 106-105.

The Knicks will return home on Tuesday, when they host the Trail Blazers at 7:30.

The first two times Brooklyn and Boston met this season it turned out quite well for New York, with the Nets edging out the Celtics the first time around and winning by double digits the second. When the two came together again on Christmas day, however, it looked as though Santa had been much kinder to the team in green.

Though the Nets led by 2 at the end of the first period, a lopsided second swung the 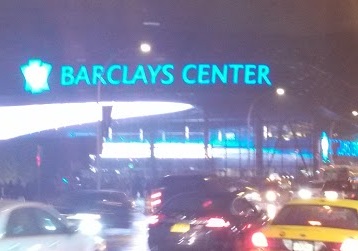 game steeply in Boston’s favor, putting them up 56-42 by halftime. A strong Boston defense held Brooklyn under 40% from the floor and forced 20 turnovers en route to a 93-76 trouncing at the Barclays Center. Brook Lopez and Gerald Wallace led the team in scoring with 15 points apiece.

The Nets moved on to Milwaukie the next day and again found themselves up 24-22 after one quarter of play, and once more the game was lost in the second period. The Bucks retaliated to the two point deficit with a 33-18 barrage which would only grow after the half.  Though Lopez was more productive on this night—he had a double-double with 21 points and 10 rebounds—it was hardly sufficient to prevent a 108-93 loss.

Having fallen to a mediocre 14-14 record after starting the season 11-2, the Nets announced a drastic mid-season move this week to fire coach Avery Johnson. As ownership searches for a new head coach, PJ Carlesimo has stepped in to the lead the team in the interim.

His first game came against the Bobcats last night, and Brooklyn fans had to like what they saw. Once more the Nets led at the conclusion of the first quarter (by a substantial difference of 33-15, at that), but this time they did not give the lead right back to their opponents.

Lopez paved the way with a double-double (26 points, 11 rebounds), while Williams and Joe Johnson scored 19-16 respectively as Brooklyn toppled Charlotte 97-81.

The commanding victory cannot easily be attributed to Avery Johnson’s departure; Charlotte is among the league’s worst at 7-22 for the season, with this defeat marking the team’s 17th straight. It will take a significantly more noteworthy opponent to test whether a new coach can get the Nets moving in the right direction again.

That opportunity will not come tonight, as the Nets take on 7-24 Cleveland at 7:30.