A Lindenhurst 7-Eleven was robbed of a donation jar on February 3, 2014. 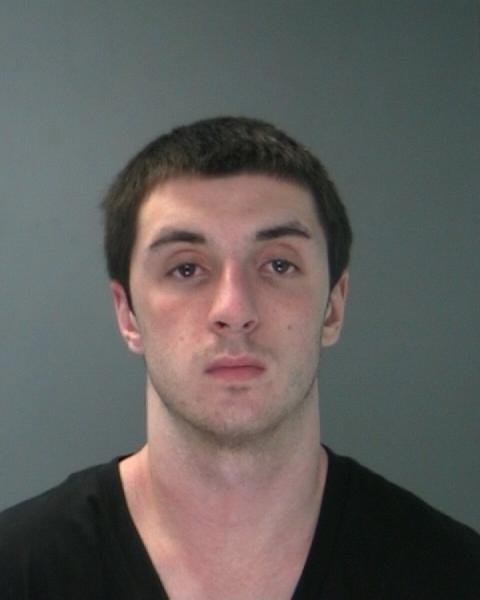 Lindenhurst, NY - February 13, 2014 - Suffolk County Police have arrested a Lindenhurst man in connection with the theft of a donation jar from a Lindenhurst 7-Eleven.

On February 3, at approximately 9:45 p.m. a man took the donation jar from the 7-Eleven, located at 849 North Greene Ave.  The jar contained money that was collected for cancer research in memory of the store manager’s daughter, Isabella Pine.  The theft was captured on store video surveillance. Numerous tips from the public assisted in the identification of the subject in the video.
After an investigation by First Precinct Crime Section officers, it was determined the suspect was Matthew Donadeo, 20, of 361 Catskill Ave., Lindenhurst.  Officer Madeline Cunningham and Officer John Sheridan of the First Precinct Crime Section arrested Donadeo at a friend’s house in Lindenhurst on February 11.
Donadeo was charged with Petit Larceny and with an unrelated charge of Criminal Contempt.  He was arraigned on February 12 at First District Court in Central Islip.
The investigation is ongoing.