Goetz is making headlines again after allegedly selling pot to an undercover cop. 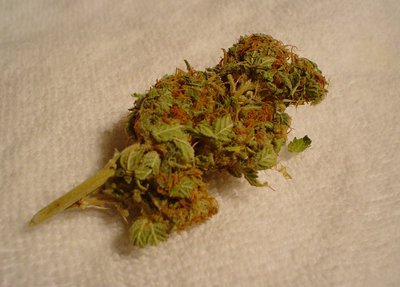 Bernhard Goetz, the infamous subway vigilante that shot four teens in 1984, was arrested again on Friday for allegedly selling marijuana to an undercover cop.

Goetz, 65, is being charged with the criminal sale of marijuana after meeting with an undercover police officer inside Union Square Park. The two walked to 15th Street and Fifth Avenue, where he allegedly sold the officer $30 worth of marijuana.

Goetz was put in the spotlight in the 80s after his criminal case polarized New York City on the issue of self defense. Goetz said that four black teens – 19-year-olds Barry Allen, Troy Canty and Darrell Cabey, and 18-year-old James Ramseur - blocked him on the subway and demanded money.

Goetz then shot all four of them, leaving one paralyzed. The teens were not armed, but were carrying screwdrivers to allegedly rob an arcade. Goetz admitted to shooting them, and said that he only stopped when he ran out of bullets.

A grand jury declined to indict Goetz on attempted murder charges, causing an uproar throughout the city.

“I believe that most people believe that the criminal justice system is broken down, and that the rights of society are not adequately protected under the law, under court procedures, under the various things that go into it, and I think that this case gives us the justification to get the legislature and the courts to do a better job,” Mayor Ed Koch said at the time, according to CBS News.

He later faced another grand jury, and was charged with four counts of attempted murder. He was found guilty of criminal possession of a weapon in the third degree, and was acquitted of all other charges.

He spent six months in jail, had five years of probation and had to pay a $5,000 fine.

Goetz was also sued by one of the victims of the shooting in 1996. The victim was awarded $43 million.