Only one day has passed since the new tablet’s release, and 128 GB version is already sold out. 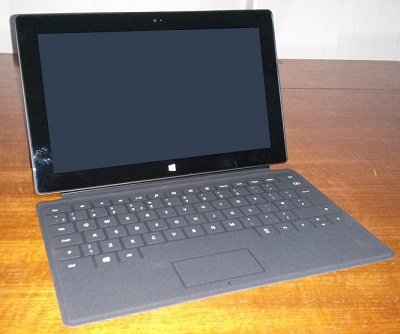 The past few years have not been terribly comforting for Microsoft. Windows is still the undisputed king of PC operating systems (at least in terms of popularity), but a growing mobile market is slowly beginning to cannibalize PC sales. A lukewarm response to the company’s latest iteration of its flagship OS—which fuses the functionality of tablet and desktop operations into a single “one size fits all” system—in this changing market certainly cannot be encouraging. Windows Phone 8 recently overtook BlackBerry as the third most popular smartphone OS, but still trails the iPhone and Android by a massive margin despite positive reviews.

It must be a happy time in the company’s HQ at Redmond, then, to see that less than 24 hours after launch the company has already sold out of its new $999 tablet. The Microsoft Surface Pro (which saw its scheduled Friday launch event cancelled due to Nemo, in much the same way as Google cancelled its Nexus 4 event because of Sandy) became available this weekend and, despite its high price tag for a tablet, has already become difficult to get ahold of.

A lower grade version of the tablet was already released in October, but the Surface with Windows RT was somewhat lacking by comparison. Both tablets run a variation of the latest Windows and are designed to provide all the uses of both a normal tablet and laptop, with Microsoft placing a heavy emphasis on the two keyboard covers available for Surface.

Windows RT, however, cannot run all the same apps as normal Windows 8, whereas the Surface with Windows 8 Pro can. It is as compact and portable as any slate, can easily be attached to a keyboard for users who need to be productive with their devices, and has the touch-screen conveniences which tablets are known for.

Though it may be a bit premature to call the new Surface a runaway hit, the fact that only the lower capacity 64 GB version remains in stock certainly shows it is off to a good start. The high volume of early adopters may even go a long way to ease the populace into Windows 8 as a whole, which Microsoft admits has a much steeper learning curve to it than did previous generations of the OS.

Of course, even if the software giant’s foray into hardware cannot build upon this momentum, Redmond is hardly in any immediate financial troubles. Mobile devices are certainly trending upward, but they have a long way to go before outright supplanting desktop and laptop use.