After multiple quarters of dwindling sales, Research in Motion is gearing up to release the fruit of its labors.

It’s been an eventful month in the world of smart devices—Apple just released its latest iPhone to much fanfare, Motorola put out a new entry in its RAZR line while announcing two more to follow, and Amazon launched a new lineup of Kindles. Even Microsoft generated some buzz about the soon-to-launch Windows 8 platform courtesy of Nokia.

But what of the progenitor of the modern smartphone? Before the iPhone stormed the market, before Android had dominion over most the mobile world, there was a machine those in need of an Internet connection on the go turned to. Research in Motion’s BlackBerry phones, with their web browsing capabilities, e-mail client, and full QWERTY keyboards were the go-to choice of professionals who needed to keep in touch while out of the office. In its heyday, The BlackBerry was the gadget de jour for techies and businessmen alike; its proprietary messenger service, BBM, even made it a hit among younger users seeking refuge from usage caps on text messaging.

RIM’s handheld was a big deal. Indeed, it was even newsworthy during the last election cycle that then-candidate Obama was a heavy BlackBerry user, generating concern his mobile browsing might pose a security risk for sensitive information.

Times change. This was a mere four-to-five years ago that RIM stood proud atop the mobile mountain, but as of July its market share has dropped to a paltry 9.5% of smartphone subscribers.  Progress is rarely kind to the standard-bearers of old—that goes doubly so for computer technologies, often advancing at more substantial rates than other industries. 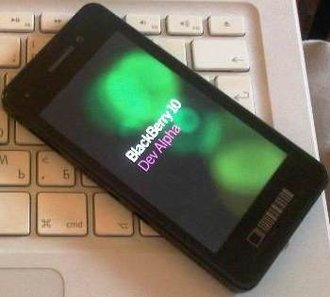 So BlackBerry is down, but is it out? Not according to this week’s Jam Americas Conference. Touting a complete overhaul to its operating system’s user experience, RIM used the conference to highlight several features of its upcoming BB10 platform, expected out early next year. BBM will gain a new interface which will prominently display pictures of contacts during conversations, and a new predictive keyboard will even keep track of which language is being typed--a novel feature for the multilingual among us. In keeping with Google and Apple, the BlackBerry App World store will now also sell digital music and movies. Social media networks, Facebook, Twitter, Foursquare, and LinkedIn have already signed on to the platform, while other developers will have the opportunity to begin programming apps for the next generation of RIM software beginning October 10th.

Ever conscious of its professional roots, the new BlackBerries will also feature an ability to split a single device into two distinct business and personal profiles. Stringent security restrictions and usage policies can be adhered to under one group of settings, then easily switched to an open experience when work is over and playtime begins. Other features include the BlackBerry Hub (a centralized feed of notifications from various sources, including text messages, e-mail, social media, and others) and a homescreen that can host up to eight active apps which can update to display new information as it becomes available or relevant.

Whether this retooling of the BlackBerry interface will prove compelling enough to lift RIM’s sales from the depths to where they have plummeted is anyone’s guess, but complimented by a new approach from Windows Phone and alternative up and comers such as Firefox OS, 2013 could just as easily spell the end of Apple and Google’s effective duopoly over mobile as it could troubled waters for the device.

Do you own a BlackBerry or other smartphone? Tell us what you think about the new changes to BlackBerry by leaving a message below or on the Long Island Lounge.