Richard Engel described his experience being abducted and held in captivity for five days in Syria following his release early Tuesday morning. 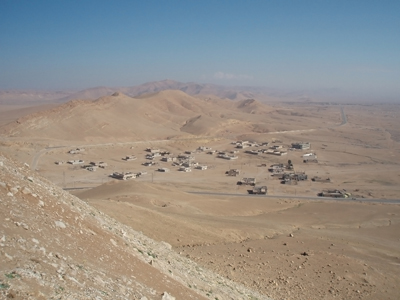 Engel, 39, and his crew were released unharmed, according to a statement released by NBC News President Steve Campus on Tuesday.  Early on Tuesday morning, Engel, speaking from Antakya, Turkey, appeared on the Today show with his crew, photographer John Kooistra and producer Ghazi Balkiz.
According to NBC, Engel and his crew were abducted after entering the country.  Engel said that roughly 15 armed men jumped out of bushed and abducted them while killing one of the rebels escorting the crew.
They were blindfolded and bound, and forced into the back of a truck which transported them to an unknown location believed to be outside the small town of Ma’arrat Misrin.
Engel’s captors were stopped at a checkpoint manned by a Syrian rebel group called Ahrar al-Sham, when they attempted to move the three hostages, and following a confrontation, a firefight broke out.  Two captors were killed, but Engel’s crew were unharmed.  They remained in Syria until Tuesday, and then re-entered Turkey early in the morning.
"We're very happy to be here. We're in good health. We're OK,” Engel reassured the cast of the Today show, saying the network was “fantastic” in keeping their families informed while keeping the story quiet in the mainstream media.
Engel, who believes his abductors are supporters of Bashar al-Assad who wished to trade his release for that of four Iranian and two Lebanese agents of the group, ended his appearance on the show reminding the national audience that there are still hostages in Syria who remain without their freedom.  Another American journalist, Austin Tice, is still missing following his kidnapping in August.
The Syrian uprising is an ongoing armed conflict between the government ruled by the Ba’ath Party and groups seeking to remove President Bashar al-Assad from power.  The conflict began on March 15, 2011 and has been drawing international attention for the attacks on civilians attempting to flee the country.