Bay Street Theatre is pleased to announce the 2013 Comedy Club lineup. The fun begins on June 11 and will continue on most Monday nights at 8 pm through August. 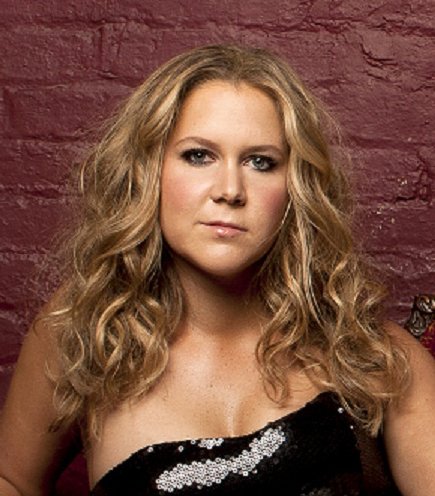 Sag Harbor, NY – March 27, 2013 – Bay Street Theatre is pleased to announce the 2013 Comedy Club lineup. The fun begins on June 11 and will continue on most Monday nights at 8 pm through August. Tickets are $62 for members or $69 for non member excluding The All Star Comedy Showcase, which is $15 in advance and $25 on the day of the event. All are available online at www.baystreet.org or by stopping by or calling the Box Office at 631-725-9500.

The Comedy Club kicks off 2013 with the return of RALPHIE MAY on Monday, June 3. Voted one of Variety’s "10 Comics to Watch" in 2008, May has filmed a record-setting three separate 1-hour Comedy Central Specials in the past three consecutive years, all of which were among the networks most highly-rated. Since his debut on season one of Last Comic Standing, audiences can’t get enough of the larger than life comedian. He has a no nonsense point of view and the ability to connect with a diverse audience by pointing out society’s hypocrisies. Ralphie has worked as a writer and producer on ESPN's Mohr Sports starring Jay Mohr and performed stand-up on numerous late night talk shows including eleven appearances on Jimmy Kimmel Live. He has appeared on The Man Show, MTV’s Bash and NBC’s Whoopie. He’s also one of a handful of comedians to have received a standing ovation on The Tonight Show with Jay Leno.

Jim Breuer returns to complete the Comedy Club on Monday, June 10. A stand-up comedian since his high school days at Valley Stream Central High School in Valley Stream, NY, Breuer worked in comedy clubs around the country for several years before deciding to become a regular on the New York comedy club circuit. In 1995, Jim joined NBC's Saturday Night Live becoming best known for his original character "Goat Boy" and his impression of actor Joe Pesci. After a four-year stint on SNL, Jim starred in the movie Half Baked alongside Dave Chappelle. Additional appearances include numerous stints on Late Night with Conan O'Brien as well as roles in several movies, such as Dick, Once in the Life, Beer League and most recently The Zookeeper with Kevin James. Breuer pioneered the "heavy-metal comedy" revolution, combining his love of rock 'n' roll with comedy. Jim's Heavy Metal Man comedy tours also feature a mix of routines that have become cult favorites, such as The Wizard, Coming Home at 4 am, and Party in the Stomach. It was this act that garnered him one of Comedy Central's "100 Greatest Stand-Ups of All Time". His Sirius Satellite Radio show Fridays with Breuer, airs every Friday.

THE ALL STAR COMEDY SHOWCASE kicks off the fun on Monday, June 17, hosted by Joseph Vecsey and will feature the hottest rising stars from the stand up scene with the comedy of Kenny Garcia, Vic Henley, Chris Clarke and Mark Riccadonna. Vecsey is a fast rising talent in comedy and is know for hosting The Call Back Podcast in which he discusses the art and business of comedy in a hilarious way with his guests that he has on each week. Garcia has been busy tearing up stage in comedy clubs across the US, while Henley has been seen on Late Night shows with Conan and David Letterman. He is also the co-author of national bestselling book with Jeff Foxworthy. Clarke is a favorite at the Las Vegas Comedy Festival while Riccadonna tours with the Armed Forces Entertainment over 6 continents

On Monday, July 8, see the hilarious DOM IRRERA. Nominated 6 times for an American Comedy Award, Irrera’s stand-up material was honed in a multi-generational Italian household in South Philadelphia. Television includes Rodney Dangerfield's Nothing Goes Right comedy specials for HBO, Irrera’s own HBO special One Night Stand, Showtime’s stand-up series Full Frontal Comedy; Comedy Central's animated series, Dr. Katz: Professional Therapist; Late Night shows, Oprah, The Joy Behar Show, The View, The Daily Show with Jon Stewart and stars in his own series The Supreme Court of Comedy . Irrera also hosts Comedy Central's irreverent football show, Offsides. He has appeared on Fox’s Damon, starring Damon Wayans; Seinfeld, Becker, Everybody Loves Raymond and King of Queens. He was also part of the Emmy-winning cast of Nickelodeon’s Back To The Barnyard, where he played "Duke" the sheepdog. Other voices include Nickelodeon’s Hey Arnold. Films include Hollywood Shuffle, The Godson, The Fourth Tenor and The Big Lebowski.

PAUL REISER comes to the Comedy Club on Monday, July 15. You know him as Paul Buchanan from NBC’s Mad About You where he starred with Helen Hunt, which garnered him Emmy, Golden Globe, American Comedy Award and Screen Actors Guild nominations for Best Actor in a Comedy Series.  He also had his own show in 2011 entitled The Paul Reiser Show. Other television includes Showtimes’s Strange Relations and Men vs. Women. Films include as Diner, Aliens; Bye, Bye Love; The Marrying Man, One Night at McCool’s, and Beverly Hills Cop (I and II), and The Thing About My Folks.  He recently finished HBO’s Behind The Candelabra starring opposite Matt Damon, Michael Douglas and Dan Aykroyd. Reiser made his theatrical debut in Woody Allen’s Writer’s Block. Books include New York Times bestsellers Couplehood and Babyhood, which was followed by Familyhood. He co-wrote The Final Frontier – the theme song from Mad About You with Grammy-winning producer Don Was.

AMY SCHUMER takes the stage on Monday, August 12. Schumer is quickly becoming the hottest star in the world of comedy, with her blend of what seems outwardly wholesome, but verbally edgy comedy. Schumer made her network debut on NBC’s Last Comic Standing and soon after co-starred on 30 Rock. She is the creator, star and writer of Inside Amy, her brand new Comedy Central show and recently finished Mostly Sex Stuff, which became Comedy Central’s second-highest rated special this year. She was one of the featured comedians on Comedy Central’s Roast of Roseanne, following her breakout performance on last year’s Roast of Charlie Sheen. Schumer most recently on Louie and will next be seen in Season 2 of HBO’s Girls. Other television includes Jimmy Kimmel Live, Conan, and Late Night with Jimmy Fallon. Amy recurred on Season 3 of Adult Swim’s Delocated and guest starred in the latest season of Curb Your Enthusiasm. Films include Seeking a Friend for the End of the World, starring Steve Carrell and Price Check, an independent feature opposite Parker Posey. Her album Cutting placed in the top 5 of the Billboard Charts and has been included on multiple Best Comedy Albums of the Year awards’ lists. Schumer was featured in Rolling Stone Magazine, The New York Times, Wall Street Journal and as Variety’s Top 10 Comics to Watch. She’s also written articles for Cosmo Magazine to enormous reader response.

PAULA POUNDSTONE returns to the Comedy Club on Monday, August 19.

A donation to Bay Street of $75 or more qualifies you as a member for Comedy Club member tickets. Call 631-725-0818 or log on to www.baystreet.org to make become a member.