The Knicks are now the hottest team in the NBA, and the Islanders are now in contention with the Rangers for the #8 seed in the East. 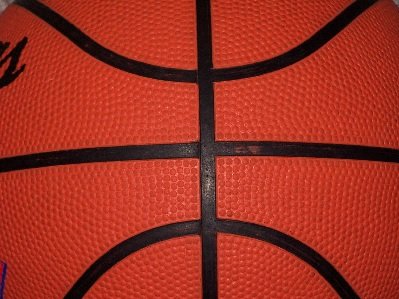 The Knicks only had two players score in double digits in Boston on Tuesday, but that would be all the needed to take the win. After Boston climbed back to a 35-35 tie in what had been a close game to that point, the Knicks went on a 14-0 tear midway through the second and never looked back. They would ultimately win by a similar margin, defeating the Celtics 100-85.

Carmelo Anthony’s 29 points did not lead the game this time around, as JR Smith scored 32 off the bench. The duo had 8 and 7 rebounds respectively.

Wednesday’s game against the Grizzlies got off to an even more lopsided start as Smith, Anthony, and Shumpert combined for 35 in a 37-25 first period. New York buried Memphis even deeper when they doubled up the Grizzlies in the second to take a 69-41 lead into halftime.

The Grizzlies would not go down without a fight, however, as they clawed back into the game in the second half. They erased 12 off that 28 point deficit in the third and continued to battle back through the fourth.  New York was heavily outscored for a second straight quarter, but it was too little too late. The Knicks won 108-101 on a night that ended up a little too close for comfort.

Smith again led from the bench, this time even more decidedly with 35 points and 7 rebounds. Melo scored 22 and rebounded 7 of his own. Shumpert contributed 16 and Felton scored 13.

Last night’s game against Charlotte followed a similar pattern, though the contrasts were less stark. A first quarter which featured three consecutive Knicks’ threes midway through gave New York a 38-20 lead after one. They added to that a 31-27 second that put them up 69-47 at the half.

After the break, the Bobcats took the spread down to 19 points in the third before outscoring the Knicks by double digits in the fourth, but once more the initial New York lead proved insurmountable. The Knicks won 111-102.

For the third night in a row JR Smith led his team in scoring, this time with 37. Carmelo posted a double-double, scoring 32 and rebounding 11, and Felton shot for 18.

Despite still missing some key players, the Knicks have recovered from their recent devastating road trip by winning 7 in a row which, thanks to Miami’s loss to Chicago, makes them the hottest team in the NBA.

Now on their longest win streak of the season, New York has also reclaimed the East’s #2 seed from Indiana. They will try to hang on to that position when they host Boston tomorrow night at 7:30.

The Trail Blazers were never really in the game when the Nets came to town on Wednesday. Brooklyn established a 12 point lead four minutes in which grew to 20 by the end of the first quarter, they added another 3 to that spread in both the second and third, and did not relent until the game was well out of hand in the final quarter, winning by a final of 111-93.

Deron Williams was the only Brooklyn starter not to score double digits, though he did contribute with 10 assists. Brook Lopez had a game-high 28, followed by Evans’ 22 and 26 rebounds.  Wallace shot for 12 and Bogans scored 11, while Blatche and Brooks both scored 12 off the bench.

Last night’s game against the Nuggets was equally lopsided, though not in a fashion the Nets would have liked. After falling behind by 3 in a close first quarter, Brooklyn fell apart in the second. The team missed eight free throws, turned the ball over seven times, and shot only 4 of 16 as Denver established a 55-38 lead.

The Nets were only able to make up 3 of that 17 point deficit in the third, and were again outscored in the final quarter, losing the game 87-109.

Williams led the team in its loss with 19 points; Blatche backed him up from the bench with 16. Evans had another double-double through 15 points and 16 rebounds, and Lopez scored 11.

Brooklyn is now 4 of 6 on its 8 game road trip. They will try to make it a winning venture when they go to Utah at 9 o’clock tonight.

The Rangers have struggled to score all season long, but their offensive came alive against Philadelphia on Tuesday.

Rick Nash scored the lone goal of the first period off an assist from Stepan. In the second, Stepan had his second assist of the night on a Richards goal, then scored for himself a couple minutes later.

The Flyers got on the scoreboard late in the middle, then brought the game within one early in the third. They were quickly answered by a second Nash goal, and Kreider sealed a Rangers victory four and a half minutes thereafter, giving New York a 5-2 win. Lundqvist stopped 32 of 34 shots on goal.

Unfortunately, that offensive outburst was short lived. Thursday’s game against the Ottawa saw all 24 of New York’s shots on goal stopped. The Senators themselves were held scoreless for nearly two full periods, but managed to slip one past Lundqvist with less than a minute to go in the second. They scored twice more in the third—one on an empty netter—to shut the Rangers out 3-0. Lundqvist stopped 26 of 28.

The Rangers will try to find the back of the net again at 7 o’clock tonight against the Canadiens.

The Islanders snapped Washington’s win streak en route to building one of their own on Tuesday.  After going down 0-2 early in the first, the team began to mount a comeback midway through the second. Ribeiro put New York on the board ten minutes into the period, and Carlson tied the game three minutes later. The score remained 2-2 for over 20 minutes until Tavares picked up his 20th goal of the season to cement a 3-2 win. Nabokov stopped 20 of 22.

New York found itself down 0-2 in the first period again when the team traveled to Philly on Thursday. This time they did not get on the scoreboard until 19 minutes into the second on a Tavares goal, but a pair of shots from McDonald in the third gave the Islanders a 3-2 advantage.

With 30 second left to go, the Flyers managed to score an equalizer, sending the game into overtime. The OT period went scoreless, leaving Boyes and Bailey to put the Islanders over 2-1 in a four round shootout.  Nabokov blocked 33 of 36 before the shootout.

The Islanders will play Pennsylvania’s other team and NHL Atlantic-leading Penguins this afternoon at 1 PM. They carry a three game win streak in with them, but have struggled against Pittsburgh all season.