Thieves of Frozen Shrimp for Drugs Nabbed and Charged

More than $2,400 worth of frozen shrimp was stolen at several Long Island grocery stores over the course of two months. Police have nabbed the thieves and have discovered it was done to support their ... 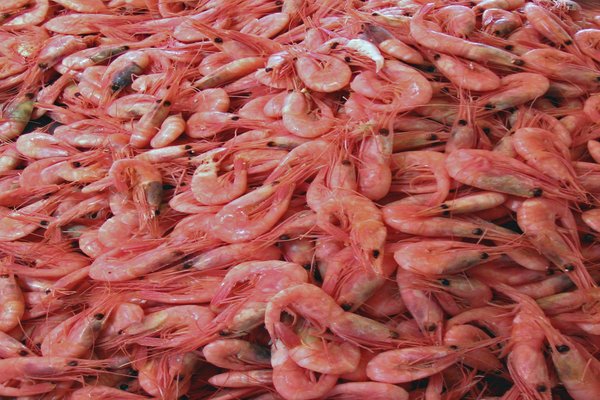 The four are residents of Calverton and are also housemates. They have been arrested and charged with several counts of petit larceny, attempted larceny and possession of hypodermic needle, as well as one count of criminal possession of a controlled substance.

According to police, the four stole more than $2,400 worth of frozen shrimp that was then sold to a local Chinese restaurant to support their drug habits. Police found Tai Yu Chinese Restaurant on Mastic Beach Road in Mastic Beach in possession of the stolen goods.

The restaurant’s owner, Xue Chai Li, 34, has been arrested and charged with criminal possession of stolen property. The Suffolk County Department of Health also cited the restaurant with a sanitary code violation for an unapproved source of authorized food. Li could also face a minimum fine of $600 if found guilty of the violation.

Police were led to the criminals following an investigation for petit larceny. One of the grocery stores victimized supplied police with video evidence of the theft. It also captured the license plate of the vehicle the thefts drove.

The criminals’ vehicle was pulled over on Jan. 30 by police and the stolen merchandise was indeed found in it.

The string of robberies first began in December 2012.

The four shrimp thieves were arraigned on Feb. 1 and are due back in court on Friday. They were each held on $2,000 cash bail or $4,000 bond. Li will appear in court at a later date.