Sens. Schumer and Gillibrand have joined forces with Rep. Michael Grimm to call on the Dept. of Defense to keep the city's only Civil Support Team operational. 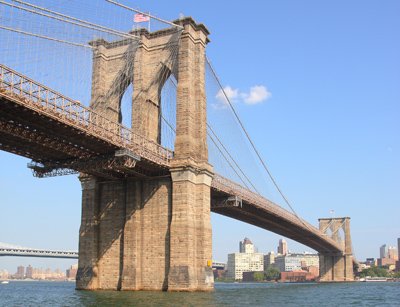 New York’s two U.S. Senators are teaming up with Rep. Michael Grimm (R-NY) to call on the Department of Defense to detain and the National Guard to retain the Weapons of Mass Destruction Civil Support Teams stationed in New York.

The WMD-CSTs help identify threats of chemical, radiological, biological and terror threats and provide emergency support for local authorities during attacks involving weapons of mass destruction.  The DOD and National Guard recently began preparations to stand down one of the teams, located at Fort Hamilton in Brooklyn.
Sens. Charles Schumer and Kirsten Gillibrand, along with Rep. Grimm have responded to the possible elimination of the WMD-CST, calling is a clear disregard for congressional direction, and would put New York at risk for potential terror threats.
“We must do everything we can to protect New Yorkers and make sure they are prepared in the event of a potential terror threat. Fort Hamilton is a perfect location to ensure the protection of New York City and I urge the Department of Defense to suspend action to make non-operational any Civil Support Teams,” said Sen. Schumer, saying it made no sense to “disarm and weaken” the city.
Senator Gillibrand, a member of the Senate Armed Services Committee, says that New York City remains a “top terrorist target” and that Fort Hamilton’s WMD-CST is a vital part of New York’s anti-terrorism emergency response program.  “It is critical that the Defense Department ensures Fort Hamilton’s unit devoted solely to New York City remains open,” the Senator said.
WMD-CST units are operated by the National Guard across the country.  New York has two teams so that if one is called in to respond to a threat, the other remains available to address threats in other parts of the state.  The FY 2013 National Defense Authorization Act permanently authorized the second WMD-CST for New York because of the size of the state and the state’s  risk of terrorism.  Florida and California, also deemed high-risk states, also have two units.
Fort Hamilton is the city’s only army base, and nearly two-dozen full-time soldiers and airman operate the Civil Support Team there.  Funding for the unit has been factored into both the House and Senate appropriations bills.
“The 24th National Guard Weapons of Mass Destruction Civil Support Team (WMD-CST) located at Fort Hamilton plays a crucial role in assisting our NYPD, first responders, and other agencies in the event high-risk situations. Shutting down NYC’s only CST would be a tremendous loss and could leave our city more vulnerable to attack,” Rep. Grimm said of the pending closure.
Share your thoughts on this article by posting a comment below or by visiting our Long Island Living discussion forum.