Workers from multiple fast food chains in New York City are going on strike to demand the ability to unionize and a minimum wage increase to $15 an hour. 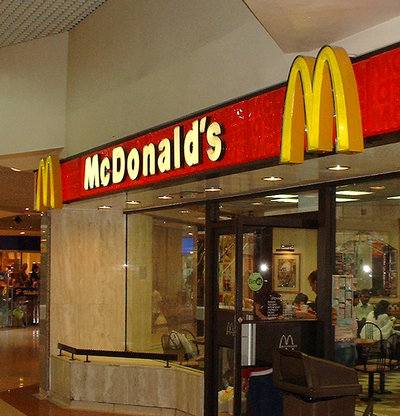 It may not be as quick and easy to pick up a bite to eat at a fast food restaurant in New York City anymore, as workers at the McDonald's, Burger King, Wendy's, and Domino's chains have gone on strike, and other fast food chain workers are predicted to follow suit.  Workers are demanding the right to form unions, as well as a minimum wage increase from $7.25 to $15 an hour.

There are approximately 50,000 fast food workers in New York City, where the median pay for a food service or food preparation worker is $8.90 per hour, according to the New York State Department of Labor.  This is the lowest median wage for any occupation in New York.

"McDonald's values our employees and has consistently remained committed to them, so in turn they can provide quality service to our customers," claimed McDonald's in a statement following uproar over the inability for workers to unionize.

This feeling of commitment to workers is not mutual, as hundreds of fast food workers have already gone on strike and began picketing their workplaces, as well as starting petitions.

"Companies like McDonald's, Wendy's, Burger King, and Pizza Hut reap huge profits and shower CEOs with exorbitant compensation while many of their employees qualify for food stamps—and it's time to do something about it," wrote Joshua Williams, an employee of Wendy's at 125th and Lexington, in his petition that he expects to deliver to CEO headquarters of various fast food chains.

Spectators on the issue may wonder why workers would need a pay increase, as fast food jobs are often thought of to be jobs for teenagers and other young people.

"Despite the stereotype, most of us are not teenagers working after school. We're grown adults with kids of our own and bills to pay," contends Williams.  "Many people have worked in fast food for years and never received a raise from $7.25 an hour."

These strikes follow the widely publicized nationwide Walmart employee strike on and around Black Friday.  The company has been often criticized for its low-paying jobs, and the attention brought to these wage issues is likely to spark discussion as to what constitutes a living wage.