Five young adults have been arrested in connection with a string of burglaries at 11 commercial businesses, one residence, and one larceny at the Islip Town Impound Yard. 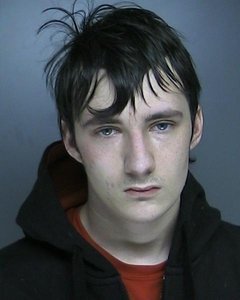 Suffolk County Police have apprehended five suspects who they believe to have conducted a string of burglaries in the Town of Islip, including stealing car batteries from cars impounded at the Islip Impound Yard.

Third Squad detectives had been investigating into 11 commercial burglaries in West Islip, East Islip, Islip, Bay Shore, Bayport, Sayville, and Deer Park from October 2013 to January 2014.  There was also one residential burglary that took place in Islip found to be related to the commercial burglaries, where burglars stole money, cell phones, and computers.

Four men between the ages of 17 and 23 were arrested for the burglaries, primarily targeting shops in Islip and sneaking in after the stores closed.  Three of the men, as well as an additional suspect, were arrested for entering the Islip Town Impound Yard and stealing ten car batteries and other items from vehicles that were stored there.

Detectives believe that the five individuals took part in the burglaries to fuel their drug habits.

The following individuals were arrested by Suffolk County Police:

Alver, Craft, Dillman, and Miller were held overnight and arraigned in Central Islip on Thursday.  Motts is schedule to be arraigned at a later date.