An 8-year old boy and man has died from the five-alarm fire that engulfed adjoining apartment buildings in Hempstead. More than 200 residents are displaced the same morning they wake up to more than a ... 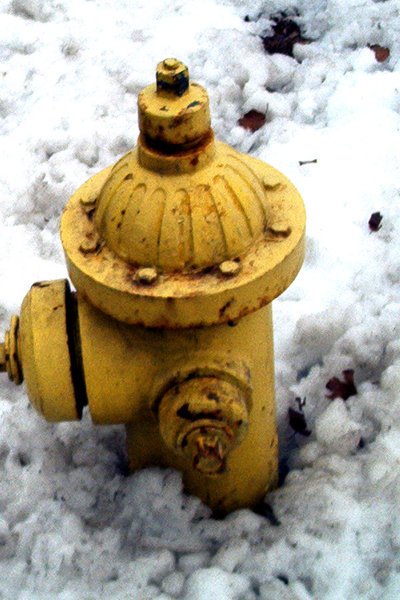 On early Saturday morning, residents of several apartment buildings in Hempstead woke up to more than a foot of snow from Winter Storm Nemo, but also something more alarming -- fire burning through their apartment building. More than 200 residents have been displaced and two have lost their life from this five-alarm fire.

An 8-year old boy and Guadalupe Ramirez have died from the fire. Both lived in the same apartment on the third floor of an apartment building.

Some 300 firefighters from 13 departments were on the scene to fight the flames. Calls first came in around 6:22 a.m. Firefighters arrived at 917 St. Paul Road North in Hempstead and as the fire spread, it caused the evacuation of adjoining apartment buildings, including 909, 911, 913 and 915 St. Pauls Road North.

The snow storm was a savior and impediment at the same time. The snow drifts during Saturday morning helped extinguish the fire and the accumulation of snow provided a safety cushion to some who chose to jump out the window of their apartment as smoke engulfed their space. Hempstead Fire Department Chief Scott Clark also pointed out the blizzard delayed the response and there were also frozen fire hydrants they had to deal with. Fortunately, fire crews were on standby to assist.

The five-alarm blaze was extinguished at 11:30 a.m., according to Clark.

In addition to two deaths from this fire blaze, there was a 40-year old woman in critical condition, another woman who suffered a heart attack and others who faced non-life threatening injuries. A total of 11 victims were transported to area hospitals.

The Red Cross was also on the scene to hand out blankets and help people displaced by the fire.

The cause of the fire is still under investigation. According to detectives, the fire started in a third-floor apartment and it does not appear the fire was deliberately set.