A man residing in Elmont attempted to have a large package of marijuana delivered to his door by the United Parcel Service. 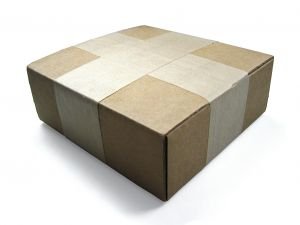 Man Arrested for Pot Delivery
An Elmont man has been placed under arrest for Criminal Possession of Marijuana in the First Degree after having 25 pounds of the illicit substance mailed to his home via UPS. The United Postal Service, which handled the package intended for 275 Lehrer Avenue, reported discovering the drugs to local authorities, who in turn arranged an undercover operation to catch the pot’s intended recipient.

Narcotics detectives disguised themselves as UPS drivers and delivered the package to the addressed residence and left it on the home’s doorstep.  When David Banks, a 47-year-old California native, came out to retrieve the package at approximately 4:45 PM, Wednesday evening, officers placed him under arrest.

Banks will appear for arraignment in the First District Court of Hempstead today, December 12th, 2013.

Baldwin Phone Thieves
A 17-year-old male was robbed around 8:20 PM in Baldwin on December 11th. First Squad detectives report that while walking down Grand Avenue the young man was approached by two male subjects who demanded he hand over his cell phone. The victim complied and the suspects walked away, but the young man followed behind them until one of the robbers produced a black handgun as the pair entered a silver Hyundai where two other males were waiting.

The victim called the police and provided a description of the vehicle; after responding to the scene officers found a vehicle matching his account and placed the four occupants under arrest. 16-year-old Marcus Reid and 17-year-old Rahmesh Crosley, both of Baldwin, as well as 16-year-old Markane Dixon and 22-year-old Ryankane Dixon-Harley, both of Long Beach, were charged with Robbery in the Second Degree and will be arraigned in the First District Court of Hempstead today.

Both the victim’s phone and a black pellet gun were recovered from the suspects’ car.