An up and down week has left NY without many streaks (winning or losing) to speak of. 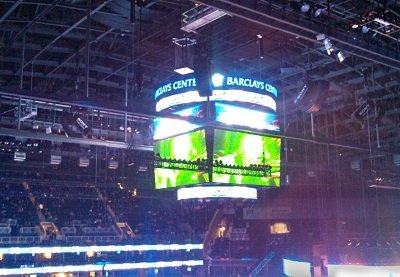 Nets Blown Out and Blowout

A fast-paced Houston team proved too swift to keep up with for Brooklyn. Though the Nets were up by 1 after the first quarter, a 34-20 second provided all the cushion Houston needed.

Brook Lopez posted 21 points on the night while Deron Williams had a double-double with 27 points and 11 rebounds and the rest of the team combined for 58. The high offensive output was simply not enough to keep up with Jeremy Lin and the Rockets, however, as the Nets lost 119-106.

Brooklyn caught a reprieve last night as they met Orlando for the season’s final match between the two. The Nets won the first three games with ease (107-68, 82-74, and 98-86 respectively), and last night’s game was the most one-sided since the first.

The Magic trailed by 16 at the half and, though they rallied to bring the game within 7 entering the final quarter, the Nets piled it on in the fourth. A 9-0 rally to kick off the last period lead to a 20 point spread by game’s end, with Brooklyn winning 97-77.

Williams led the team with 20 points and 9 assists, while Lopez knocked down 16.

The Nets still trail the Knicks in the Atlantic by 3 in the loss column, but will try to gain some ground at 8 PM tomorrow against Miami.

Knicks Lose a Lopsided Game, Win a Close One

After defeating the 76ers handily in their first two games back in November, the Knicks looked like they had run into a brick wall in Philadelphia for their third meeting.

Leading by 5 after the first quarter, the 76ers expanded their lead to 53-41 entering halftime. Not wanting to rest on their laurels, Philly came out swinging after the break for a 31-17 third. The Knicks managed to outscore their opponents in the final period, but only enough to cut their 26 point deficit down to 17. They lost 80-97.

Stoudemire mustered 20 points in his 26 minutes of play, but Anthony’s 25 points on 28 shots coupled with the team’s abysmal 4-of-27 success rate from beyond the arc clearly had little impact.

Sunday’s game against the Hawks was much more hotly contested. The teams entered halftime tied at 52 apiece and, though the Knicks led by 8 after the third they gave the lead back by the end of the fourth.

Down by 1 with less than 13 seconds left, Anthony drove in for a go-ahead layup which he made while being fouled. He sunk the free-throw to put New York up 106-104 and, after Atlanta missed a would-be game winning 3, that’s where it ended.

Stoudemire and JR Smith both scored 18 off the bench, with Amar’e playing for nearly half an hour, and Felton picked up a double-double (12 points, 10 assists).  Anthony was the only Knick to break 20 points, but he did so in grand fashion for a total of 42 on the night.

The Maple Leafs looked ready to make a statement when they came to Madison Square Garden.  Though the Rangers controlled the puck for most of the night, Toronto struck first (scoring just after six minutes of play) and second (after the seventeenth minute), while holding the Rangers at bay through the first period.

New York returned the defensive favor in the second, but could only score one goal off the stick of Richards, leaving them down by one entering the third.

Nearly halfway through the final period, Marc Staal tied things up with an assist from Del Zotto and Gaborik. Gaborik himself put the Rangers ahead several minutes later, followed by a Del Zotto goal in the game’s waning moments.  Gaborik scored once more to cap off a 4-goal rally in the third and defeat Toronto 5-2.

Despite allowing 2 goals on just 3 shots in the first period, Lundqvist blocked 15 of 17 on the night.

The Rangers will try to even off their record at 7 o’clock tonight, against Philadelphia.

For half a period it looked as though the Islanders’ game against Winnipeg would play out similarly to the Rangers’ bout with Toronto.

New York entered the third period trailing 2-1, with the 1 coming off an early goal from Ullstrom. Tavares did not wait long to tie the game up, scoring just 22 seconds into the third. His goal was followed by one from Moulson, then another by Streit to put the Islanders up 4-2.

Unfortunately, that’s where the similarities with the Rangers’ most recent game end. The Jets tied the score once more with two goals in just over a minute. With no more offensive production before the period’s end, the game went into overtime.

Winnipeg scored two minutes into the OT period and that was the end of it. The Islanders fell 5-4.

The Islanders will try to pick up their third win against Pittsburgh tonight at 7:30.