Your humble craft beer guide is joined by a friend, NYC's own Beer Maiden, for a trip to the Great South Bay Brewery's first annual Bay Fest. 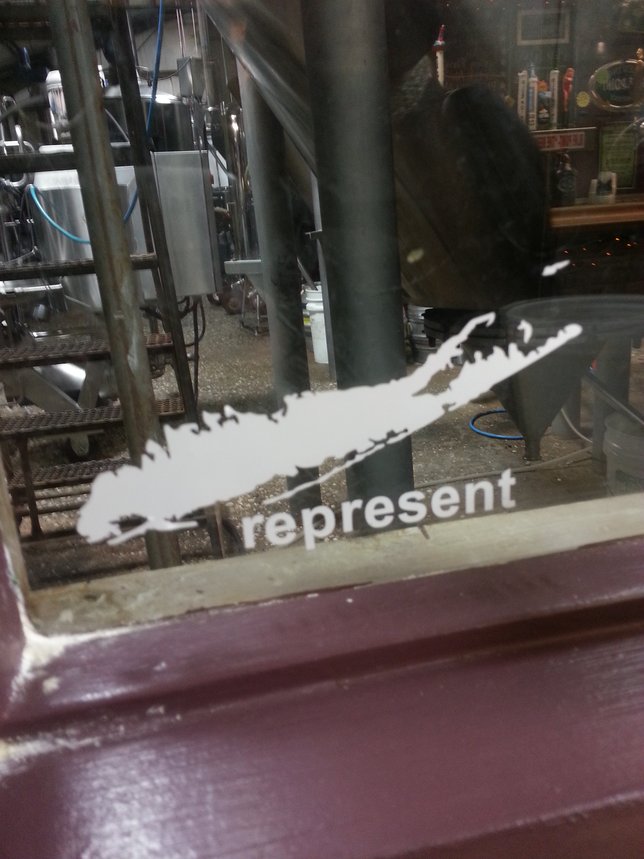 Long Island is spoken of in grand overtures as a slumbering brewing giant slowly coming to life. From the smallest nanobrewers on the shores of the Sound to the massive breweries opening up shop not far from where tourists load onto ferries and beach umbrellas are rented by the hour, the island truly finds itself in the midst of a craft beer renaissance. This is clearly evidenced by the burgeoning of both the craft beer scene and its loyal adherents on our “old stomping grounds" – both of us are native islanders, and this is the stretch of land on which the two of us came into our own. The embodiment of this explosion came on this past Saturday, in the form of Bayfest at the Great South Bay Brewery. Both a kickoff to Long Island Craft Beer Week, and a new seasonal event, Bayfest is the Great South Bay Brewery's commemoration of the finely crafted beer which hails from Strong Island itself.

Though smaller than some of the festivals one might come across in the city or upstate, the intimate setting turned out to be optimal for the discerning beer drinker, curious about Long Island breweries. The smaller number allowed one to linger and really savor each beer, rather than attempting to play "beat the clock" to try each and every beer. Each attending brewery was represented by the brewers themselves, rather than a sales representative who may or may not have been schooled properly on the creation of each particular beer. The people who stood before us were humbly delighted to share their product as well as their extensive knowledge of and passion for brewing with any and all who came out to the festival. We met the folks behind Blind Bat, Barrier, Barrage, Greenport Harbor, Port Jeff, Spider Bite,Long Island Beer and Malt Enthusiasts, The Brewer's Collective, Empire Brewing, Blue Point, Rocky Point, Outer Lands, and of course Great South Bay, among a very thorough listing of the island’s numerous new and existing breweries.

The brewers weren't the only stars at the festival. Many of craft beer's new talking heads came out for the event in style. We met the Beer Amigos, with their signature sombreros, as well as Beer Loves Company, Drunk and Unemployed – the list goes on and on. Also in attendance, of course, were the brilliant folks behind both In The Name of Beer and The Beer Maiden. Oh wait - that was us. Thanks for welcoming us with open arms, Long Island!

The space itself, at GSB’s massive new facility in Bay Shore, couldn't have been more conducive for the event. The brewery backdrop, complete with acres of stainless steel and a myriad of pipes and miscellaneous equipment, set the scene and there was more than enough room for all of the attendees with some to spare. Worth noting is the fact that the brewing system at Great South Bay has just come online in the past few weeks, and their first batches made 100% on the premises will be following soon.  As the afternoon wore on, a dance floor even appeared as the crowd was serenaded with The B-52s and Journey. This is beer festival 101. Congratulations to the planners for getting so many of the small details right.

Not everything was perfect, though. Waiting on the inevitable bathroom line was a high and low point of the day. Both of us took the opportunity to say some passing words to the various other attendees. Greg complained about the lack of bathrooms. Jeanine took a more civil approach and opted to interview some of the good people who were in attendance on what they thought about the first annual Bay Fest. "It's fabulous" Mike from Lindenhurst said. "We've been waiting for so long, and now great beer is happening all over the place. Makes you proud to be from Long Island." She followed up by asking if there was anything that needed improving for next year.  Jim from Commack mentioned, "I could have used a few more food stands. You know, when people are drinking - they're eating." We tend to agree, although with beers like Blind Bat's Long Island Potato Stout, and Long Island Beer and Malt Enthusiast's Peaches and Scream, our food happily came in a glass.

Sadly, the end of the day came too soon, as it tends to do when we’re having fun with new friends and a steady supply of new and exciting craft beer to try. The air was alive with the promise of a newly forged tradition, and it would appear that next year will only be bigger and more successful. And please, can someone tell us where to find the wet-hopped Blood Orange Pale Ale? Thanks.

Greg Back is a brewer, blogger, and adventurous spirit hailing from Albany. His pint-by-pint quest across the state continues as he seeks to visit every brewery in New York. He has returned to Long Island for Bay Fest at the Great South Bay Brewery, and he also hopes to visit a few new breweries, brewpubs, and bars on the journey. Follow him at inthenameofbeer.com, on twitter @inthenameofbeer, and at facebook.com/newyorkcraftbeer.

Jeanine Amella is known as The Beer Maiden. She's also been referred to as "Get out of the way," "Lovely collar bones," and "Ai Mami" on the streets of New York, where she has lived, loved and written for almost a decade. She is a blogger, entertainer and enthusiast of all things craft beer. She's traveled far and wide and plans to travel farther and wider in search of great breweries, bars, beers, and the people that make them. She is also an advanced hula hooper. Follow her at www.thebeermaiden.com, on twitter @JeanineAmella, and at https://www.facebook.com/pages/The-Beer-Maiden/350679565043455.