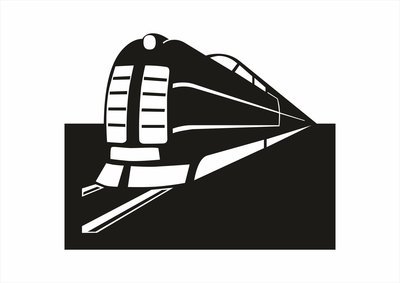 The nearly $17 million initiative, funded in large part by a federal grant, is part of a series of measures authorized by Governor Cuomo to bolster the state’s critical infrastructure against future extreme weather events like Superstorm Sandy and other potential threats to public safety.

“Anyone who has ever experienced a power failure will recognize the invaluable service these emergency diesel generators would provide Grand Central commuters during a blackout,” said Governor Cuomo. “Emergency preparedness has been a top focus of my administration for protecting New Yorkers in case of extreme events, including those impacting the power grid. The backup generators will provide an additional element of safety and security for this iconic transportation hub—one of the busiest train stations in the country.”

“I am proud of the tremendous engineering work that went into the installation of this equipment, which was accomplished without disrupting New York’s essential commuter train services,” said Gil C. Quiniones, NYPA president and CEO. “As New Yorkers, we know from hard experience the benefits of being prepared for emergencies. I am honored to serve under a governor who has the vision to embrace the challenging work of shoring up New York’s complicated energy infrastructure, which is always important, but particularly so during emergencies.”

“The emergency diesel generators at Grand Central assure commuters they will stay safe and secure at the terminal even if the power grid is disrupted,” said MTA Acting Chairman Fernando Ferrer. “This is an important improvement for our customers, and signifies the priority we’re giving to advancing our emergency preparedness under Governor Cuomo’s direction.”

"About 750,000 commuters pass through Grand Central daily, and over one million people during the holidays. So it’s important to ensure that this major transit hub has the necessary backup power," said Gene Russianoff, attorney for the New York Public Interest Research Group (NYPIRG) Straphangers Campaign, a transit riders group. “Governor Cuomo, the MTA and the Power Authority deserve great praise for acting in advance to deal with any future power disruptions through the installation of the emergency generators, which also happen to use low-sulfur fuel for reduced emissions.”

“This complex project represents a great synthesis of efforts from several state agencies working with the federal government to improve public safety for New York City commuters and tourists,” said Commissioner Jerome M. Hauer, DHSES. “As both an American landmark and a functioning commuter hub, adding this extra measure of safety for Grand Central Station was a high priority for Governor Cuomo, and we were happy to help secure the necessary funding.”

The emergency diesel generators, which are the size of a small box truck, are also designed to help reduce the demand on the electric power grid on the hottest summer days. In that capacity, they could provide output to power safety and emergency systems such as lighting, exhaust fans and sprinklers.

The generator project also included the installation of several fuel tanks, switchgear, relays, controls, enormous fans and ducts that travel 18 stories high to a vent on the roof of a nearby building.

Several concrete compartments running the width of a single train track and the length of two train cars, house the generators and ancillary equipment, which were delivered to the terminal via flatbed train.

NYPA and the MTA, one of the Power Authority’s largest customers, have a long history of working together on projects to reduce energy use and improve system reliability. Since the early 1990s, the two Authorities have collaborated on more than $78 million in energy-efficiency projects at 150 MTA facilities. Together these projects save the MTA more than $10 million per year in energy costs and help avoid greenhouse gas emissions of more than 56,000 tons annually.

NYPA recovers its costs by sharing in the resulting electric bill savings with the public facilities. Once fully recovered over several years’ time, the beneficiary keeps all of the savings, freeing up money for their essential services.