As the father of a six year old boy killed in the Sandy Hook massacre spoke of the need for assault weapons, gun enthusiasts heckled from the gallery. 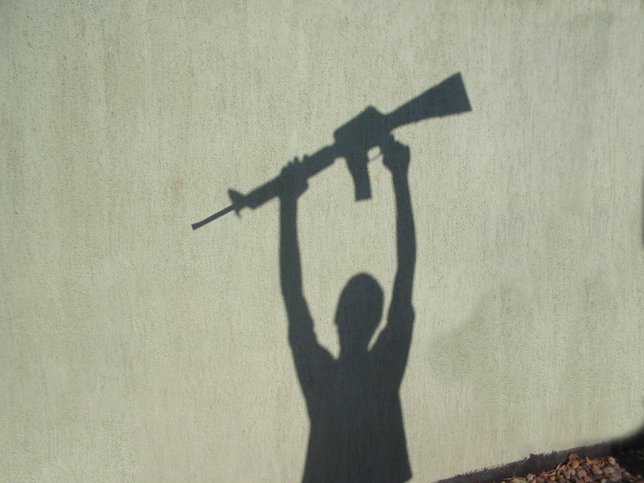 Neil Heslin, father of six-year old Jesse, gave an impassioned speech before a Connecticut hearing on gun violence. “He was my son, he was my buddy, he was my best friend,” said the grief-stricken father. “And I never thought I’d be speaking like this and asking for changes on my son’s behalf. He’s my only son, he’s my only family.”

As Heslin was making his case before Connecticut legislators, gun rights activists erupted with shouts of “our rights will not be infringed!” and “Second Amendment!” While there were around a dozen or so hecklers at the hearing, they were quickly silenced. Heslin continued, questioning why there are assault weapons available to private citizens. “We’re not living in the Wild Wild West, we have the strongest military in the world we’re not living in a third world. We don’t need to defend our homes with weapons like that. I just hope everyone in this room can support change—ban assault weapons and high capacity clips and magazines. That’s a step in the right direction.”

Connecticut State Police were on-hand to give lawmakers and politicians examples related to firearm safety as well as what is legal and illegal. One of the weapons shows by Connecticut police officers was an AR-15, the same kind of weapon Adam Lanza used to kill 26 people back in December.