Universal background checks and an assault weapons ban are part of the new legislation. 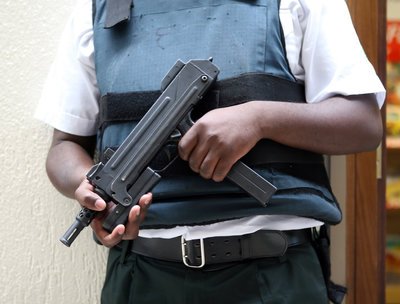 Following the tragic murder of 20 children at Sandy Hook Elementary School that shocked the nation in December, Connecticut lawmakers have passed what are being called the toughest gun laws in the country.

Included in the legislation is an expansion on the state’s already existing ban on assault weapons, universal background checks for anyone who purchases a firearm and a limit on the sizes of magazines that can be purchased in the state.

The legislation will be officially passed once Gov. Dannel P. Malloy signs the bill. The laws were approved by the state’s House on Thursday with 105 votes in favor of it, and 44 votes against the legislation.

The laws are being introduced as a reaction to the Sandy Hook tragedy that took place almost four months ago. Although the legislation received support from both Republicans and Democrats, there were still some politicians that criticized the bill. State Sen. John McKinney – who is a Republican and also represents the district where the Sandy Hook massacre took place – voted in favor of the new laws, but also said that the bill has some flaws.

Democrats in the state say that they hope the bill serves as an example for the rest of the country. Supporters of gun control legislation are applauding the move by Connecticut lawmakers.

However, there are still those that passionately oppose gun control. As Connecticut state’s Senate voted on the bill on Wednesday, many protesters gathered outside the Capitol building in opposition to the new laws. Despite the protests, the state Senate still passed the bill with a vote of 26-10.

Meanwhile, President Obama has been rallying the U.S. Congress to impose stricter national laws for gun control, including background checks for everyone who purchases a gun in the U.S.

The Sandy Hook tragedy occurred on December 14, 2012, when 20-year-old Adam Lanza opened-fire on a classroom of children in Newtown, Conn. He killed 20 children and six faculty members at the Sandy Hook Elementary School before taking his own life.

The shooting took about five minutes, and after it was over Lanza had fired off 154 bullets.

The incident left the entire nation in shock, and since then politicians have become even more polarized on the issue of gun control. For those in favor of gun control, Connecticut’s new laws are a step in the right direction.