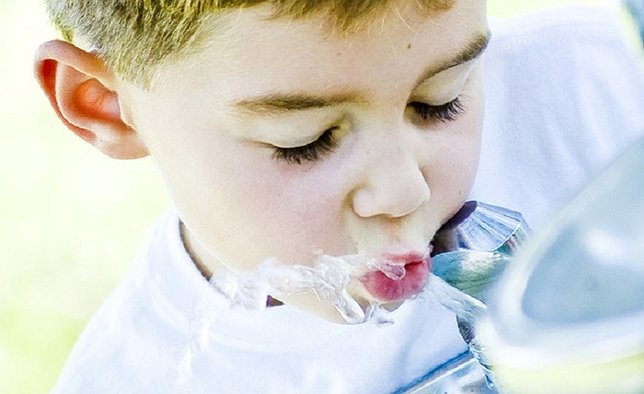 This groundbreaking program requires all public school districts and boards of cooperative educational services (BOCES) in New York State to not only test potable water systems for lead contamination, but to then also take the actions necessary for addressing it.

"Thanks to the leadership of Governor Cuomo, New York State has implemented the nation's most comprehensive program to protect our children from the dangers of lead poisoning," New York State Health Commissioner Dr. Howard Zucker said. "I am encouraged by the tremendous effort put forth by so many schools to comply with this new regulation in only four months. As we work to help correct problem areas identified in this report, we will also focus on bringing the remaining schools into compliance."

“There is nothing more important than protecting the health and safety of our children,” said State Education Commissioner MaryEllen Elia. “We look forward to continuing our partnership with the Department of Health as we work together to identify and remediate potential hazards to our students’ health."

This groundbreaking program requires all public school districts and boards of cooperative educational services (BOCES) in New York State to not only test potable water systems for lead contamination, but to then also take the actions necessary for addressing it. All public schools test lead levels in water from every drinking water outlet used, or potentially used, for drinking or cooking. If lead is found in the water from any water outlet at levels above 15 parts per billion (ppb), -- equivalent to 15 micrograms per liter (µg/L) - the school is required to take that outlet out of service until it has been fixed or replaced. The state will help pay for remediation costs.

To date, 96 percent of schools outside of New York City have conducted testing and 88 percent have reported results to the New York State Department of Health (NYSDOH). This equates to more than 256,000 drinking water outlets, within the nearly 2,940 schools across the state. Lead levels in 86 percent of the reported water outlets were below the established action level of 15 ppb.

The New York City Department of Education (NYC DoE) has not yet completed testing. As of January 25, 2017, NYC DoE had submitted results from 541 of the approximately 1,720 schools they operate, including more than 46,000 outlets tested.  Lead levels in 91 percent of the reported water outlets were below the established action level of 15 ppb.  NYC DoE will not have complete results until mid-2017.

Staff from nearly 4,700 schools statewide had to learn the appropriate testing techniques and a new system for reporting results as soon as the law went into effect. To assist districts and BOCES with these rigorous requirements, NYSDOH initiated an ongoing outreach effort to provide schools with technical guidance.

Lead is a toxic metal that is particularly harmful to the developing brain and nervous system of children under six. Lead can affect a young child's growth, behavior, and ability to learn. During pregnancy, exposure to lead may contribute to low birth weight, preterm delivery, miscarriage, and developmental delays in infants.

It can be found in soil, air and water, but the main source of lead in homes continues to be older paint, the dust it generates, and various consumer products. Water testing helps identify lead contamination and enables schools to eliminate one possible source of lead exposure for children.