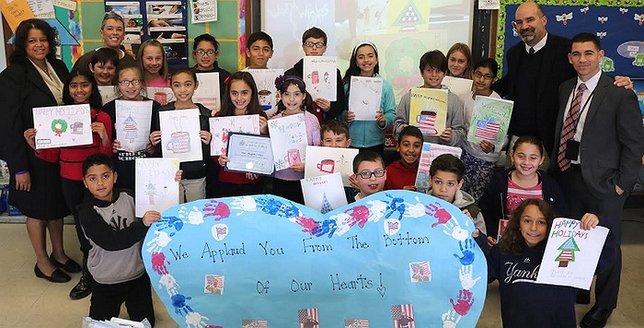 Albany, NY - July 21, 2016 - New York State Commissioner of Health Dr. Howard A. Zucker today announced the establishment of a multidisciplinary New York State Antimicrobial Resistance Prevention and Control Task Force.  The discovery of mcr-1, a novel drug resistant gene, in two cases of bacterial infection, including one in New York, has brought the persistent and growing issue of multi-drug resistant bacteria to the forefront of emerging health concerns.

“Although the latest developments do not constitute an immediate public health threat, it is imperative that we prepare ourselves and coordinate with partners throughout the healthcare system and the state to prevent this from becoming an emergency,” said New York State Commissioner of Health Dr. Howard A.  Zucker. “This is the strategy we adopted for successfully controlling Ebola, Legionella, and the Zika virus.”

Under the direction of Governor Andrew M. Cuomo and Dr. Zucker’s leadership, the NYS Antimicrobial Resistance Prevention and Control Task Force (NYS-ARTF) will present a report of recommendations to the Governor by December 31, 2016 and create working partnerships, improve coordination and collaboration of antimicrobial resistance (AR) related activities across the health care spectrum, and develop new initiatives aimed at the prevention and control of AR in NYS.

The NYS-ARTF will involve federal, state, and local, agencies including CDC, USDA, FDA, NYS Agriculture & Markets, NYS Department of Education, and other state agencies serving at- risk patients such as the Office of Mental Health, Office of Alcoholism and Substance Abuse Services and the Office for Persons with Developmental Disabilities. In addition, the task force will engage associations and professional provider organizations critical to this effort such as those representing physicians, pharmacists, nurses, veterinarians, nursing homes, laboratories and academic partners. Prior to today’s announcement, the NYS-ARTF was an internal work group that was formed in 2015 in preparation for today’s expansion to include external partners.

The roundtable discussion engaged hospitals and healthcare providers in efforts to enhance statewide surveillance for antimicrobial resistant organisms; improve the uptake and utility of antibiotic stewardship programs among hospitals and nursing homes; and highlight the need for a collaborative approach across health care settings to interrupt the development and spread of antimicrobial resistant organisms.

“Today’s roundtable is only the first step in what promises to be a very broad, coordinated and collaborative initiative as we launch this fight against antimicrobial resistance,” Dr. Zucker said. “We plan to bring other agencies into this effort as well as other professionals and types of facilities. The initiative will explore the use of the most modern data technologies including electronic health records, e-prescribing and regional health networks to track the use and prescribing of antibiotics. And we will maximize our use of the most advanced laboratory technologies including whole genome sequencing to better understand this evolving problem.”

The emergence of drug resistance in bacteria threatens the advances made in modern medicine and may one day lead to a limited or complete lack of treatment options for previously treatable bacterial infections.  According to the CDC, at least 2 million people in the U.S. become infected with bacteria resistant to antibiotics each year, and at least 23,000 people die as a result of these infections.

So far in the U.S., there have been two human cases involving novel mcr-1 drug resistant organisms. The first case of mcr-1 was found in May 2016, in a 49-year old Pennsylvania woman with a urinary tract infection caused by Escherichia coli (E. coli). This finding led the Centers for Disease Control and Prevention (CDC) to issue an alert to all health care facilities on June 13. On June 16, NYSDOH issued a health advisory to all hospitals, nursing homes, diagnostic and treatment facilities, clinical laboratories, and local health departments, requiring them to report any bacteria with the mcr-1 resistance gene, or suspected or confirmed cases of resistance to colistin or polymixin B, both antibiotics of last resort.

The second case of mcr-1 reported in the U.S. was identified by independent researchers in a study published in the journal Antimicrobial Agents and Chemotherapy. According to researchers, the mcr-1 gene was found in nineteen E. coli isolates from hospitals in 10 countries, including one hospital in New York.   Unlike the isolate in Pennsylvania which was resistant to many antibiotics, the isolate in New York, although multi-drug resistant, could be treated with antibiotics.  But the authors said the potential for mcr-1 to spread “highlights the importance of active surveillance of emerging resistance genes, including mcr-1…”

mcr-1 was first isolated in November 2015 in E. coli recovered from pigs, raw pork meat and a small number of hospitalized patients in China. The gene is found on loops of DNA called plasmids, which can transfer to other bacteria, increasing the risk that resistance will spread. Bacteria containing mcr-1 have been found in samples from at least 20 countries around the world. Most of the time, the gene has been found in E. coli, but it has also been reported in Salmonella, Shigella sonnei and Klebsiella pneumoniae.

Antibiotics were first discovered in 1928 by Alexander Fleming, a British bacteriologist who found that mold could kill bacteria. His finding led to the discovery of penicillin, an antibiotic still used today. Since the 1940s, antibiotics have been widely used to treat everything from sinus infections and strep throat to gonorrhea and pneumonia.

For information about the CDC alert on mcr-1, visit: here

For information about the NYSDOH mcr-1 health advisory, visit: here