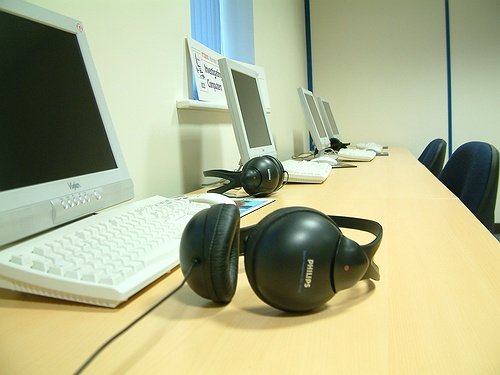 Albany, NY - May 4, 2015 - The New York State Education Department (SED) today announced federal approval of New York’s plan to distribute $15.6 million in unspent Race to the Top (RTTT) funds to local school districts to purchase instructional technology equipment and to upgrade regional technology infrastructure. Because the majority of the remaining funds were originally approved for technology projects, these funds will be targeted for technology-related projects and purchases. The funds will be allocated on a per pupil basis to all school districts throughout the State.

In August 2010, New York was named a winner in the federal RTTT competition and was awarded $697 million to help advance the Regents education reform agenda. New York awarded half of the State’s RTTT allocation to participating school districts to support local implementation of the State’s education reforms. SED distributed the other half of the RTTT funding to directly support school turnaround efforts, new curriculum models, standards and assessments and to provide professional development to teachers and principals. Federal rules require New York to liquidate all unexpended RTTT funds by September 30, 2015.

New York’s Smart Schools Bond Act (SSBA) authorized the issuance of $2 billion in general obligation bonds to support improved educational technology and infrastructure in New York’s schools. In support of the Bond Act, SED will allocate $14.5 million (of the unspent RTTT $15.6 million) to local school districts to purchase computer devices, including laptops and tablets, for students across the State to help integrate technology-rich learning experiences into their daily instruction.

SED collaborated with BOCES District Superintendents and the State’s Regional Information Centers (RICs) to finalize a process and plan for the purchase and distribution of these devices (SED is working directly with New York City). The RICs are uniquely positioned to support this project as they are able to increase the purchasing power of individual school districts by leveraging economies of scale and procurement best practices. Each RIC will purchase devices for its local districts through existing contracts aligned with local procurement requirements. Districts will be able to identify which IT devices best address their local needs. Funds will be allocated for each district based on a per student rate derived from their Resident Weighted Average Daily Attendance.

In addition to the $14.5 million for technology purchases, the US Department of Education has approved New York’s use of its remaining $1.1 million to upgrade regional technology infrastructure and to add hardware and software resources to further enhance the security and privacy of student data while increasing the bandwidth available to local school districts.