In an effort led by Sen. Dianne Feinstein, Senate Democrats have reintroduced a broad gun control bill that would ban150 types of weapons. 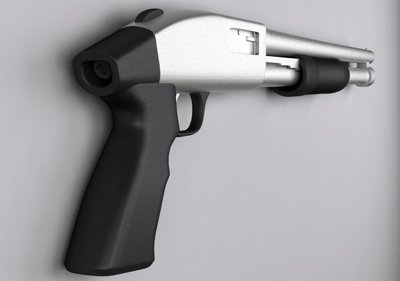 In the face of strong Republican opposition, and even some Democratic hesitance, congressional Democrats unveiled a new, broader assault weapons ban on Thursday.

Sen. Dianne Feinstein (D-Cali.) wrote the original legislation banning the sale of assault weapons, which expired in 2004.  She has not been deterred by the Republican opposition, nor the immediate advocacy work done by the National Rifle Association over the past several weeks.
Her counterparts in the House include Reps. Ed Perlmutter (D-Co.) and Carolyn McCarthy (D-NY), who has been a vocal advocate for gun control since the 1993 killing of her husband, along with six others in a shooting spree that also wounded 19 people on a Long Island Rail Road commuter train.
The new bill would ban the sale, transfer, importation or manufacturing of about 150 types of firearms, as well as certain handguns, rifles, and shotguns with detachable magazines and having at least one military characteristic.  Guns with “thumbhole stocks” and “bullet buttons,” and high-capacity magazines holding would be banned.  High capacity magazines and assault weapons would be banned from importation.
The new bill would go farther than the 1994 ban by lowering the number of military characteristics from two to one, though it would grandfather in weapons legally owned before the date of enforcement, and also exempts over 2,200 weapons used for hunting or sporting.
Following the Newtown shootings, Feinstein announced her determination to reintroduce the bill, and the Senator told USA Today in an interview on Thursday, ““I’m not a newcomer or a novice to guns....The NRA sort of specialized in trying to denigrate me, but I don't think there's anyone around that's spent 20 years on this subject, plus some."
“Senator Feinstein has been trying to ban guns from law-abiding citizens for decades,” the NRA said in a statement. “It's disappointing but not surprising that she is once again focused on curtailing the Constitution instead of prosecuting criminals or fixing our broken mental-health system.”
While Feinstein’s bill is bound to face opposition within her own chamber and likely more so in the House, there have been bipartisan bills introduced that advance President Obama’s gun violence proposals.  The Violent Content Research Act of 2013, introduced by Sen. John Rockefeller (D-W.Va.), would direct the National Academy of Sciences to study the impacts of violent video games and programming on children.  The bill has three Republican co-sponsors.
The Mental Health First Aid Act of 2013, also introduced by a bipartisan coalition of nine senators, would provide funding to expand mental health first aid training.  The bill is expected to help the public identify and address crisis situations safely.
Next week, Sens. Kirsten Gillibran (D-NY) and Mark Kirk (R-Ill.) will introduce a bill that would make gun trafficking a federal crime, and give law enforcement agencies the tools to go after criminals who deal in illegal guns.  In an appearance on MSNBC, Gillibrand said that 85 percent of the guns used to commit crimes in New York come from out of state, and 90 percent of those are illegal.  "There's no crime to be a straw purchaser and to take weapons from a ... southern state and bring it straight up to New York and sell it out of the back of your truck directly to criminals. There's no law that says you can't do that,” Gillibrand explained.
Various versions of the assault weapons ban have been reintroduced since 2004, only to be blocked by NRA-backed Republicans, and even some Democrats.  Despite the frequency of mass public shooting, especially in the past year, the real difference now comes down to the Newtown tragedy.
Share your thoughts on this article by posting a comment below or by visiting our Long Island Living discussion forum.