To clarify gun laws, New York has created an informational website and a hotline staffed by state police. 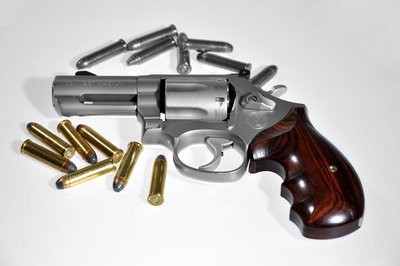 Since NY SAFE Act, or Secure Ammunition and Firearms Enforcement Act, was signed into law by Governor Andrew Cuomo on Tuesday, many have questioned what is and is not legal in the world of gun owning and selling. To respond to these questions New York State Government has created a website and hotline to educate New Yorkers about the new gun laws.

The website, which can be found here, outlines questions regarding the legality of assault weapons, magazines, and antique guns with magazines.  Assault weapons can still be owned legally if it is registered with the state police.  Convicted felons, those who have been involuntarily committed, and those currently under an order of protection are not permitted to own an assault weapon.

According to the SAFE Act, if a gun owner lives with an individual who is a convicted felon, has been involuntarily committed, or is under an order of protection, they are required to safely store their weapons in something with a locking device, such as a gun cabinet or gun safe.

If one is considered buying or selling a gun, laws have also changed regarding private sales and dealers.

The state government has also created a hotline for individuals to call.  Starting on Monday, January 21, one can call 1-855-LAW-GUNS with additional questions regarding firearms. The hotline is run by state police, and will be active during normal business hours Monday through Friday.