The NRA will be leading the charge in New York against any proposed gun-control legislation. 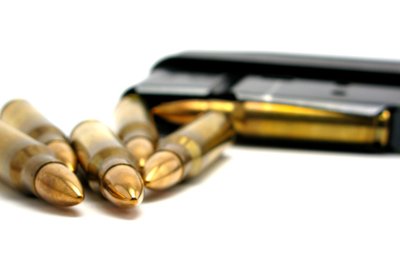 Unable to make a solid deal with state Republican leaders before his State of the State address on Wednesday, it looks as though Gov. Andrew Cuomo and the Republicans have been able to find much common ground in the past two days -- so much so, that is appears that Republicans won’t stand in the way of the governor’s proposed gun-control measures.

Instead, the National Rifle Association will be taking up that fight.
Naming Cuomo “America’s Most Anti-Gun Governor,” the NRA is calling on its members in New York to “oppose legislation that does nothing more than target law-abiding gun owners.”  In a rare interview with Brooklyn GOP Radio, NRA President David Keene said that he doesn’t believe other states will follow New York’s lead.
“They haven’t done that in the past, there’s no reason to believe that they will in the future,” Keene said.  However, that may not be factually correct, as New York has one of the oldest gun-control legislation in the country: Sullivan’s Law of 1911 which requires a permit for the possession of a handgun.
Keene argued that Cuomo’s gun control proposals will do nothing to staunch New York’s violent crime rates.  “...the idea of banning or restricting firearms from perfectly honest, legitimate Americans who have a right to defend themselves as per the Supreme Court and the Second Amendment, have a right to privately own firearms, is both constitutionally suspect and, from a policy standpoint, has been empirically demonstrated over time not to have any impact whatever on violence or crime,” Keene said.
This is an excerpt from the governor’s address outlining the proposed seven-point gun-control measures, which he says “respects hunters and sportsmen” while curbing gun violence:
Number 1: Enact the toughest assault weapon ban in the nation period.
Number 2: Close the private sale loophole by requiring federal background checks.
Number 3: Ban high-capacity magazines.
Number 4: Enact tougher penalties for illegal gun use, guns on school grounds and violent gangs.
Number 5: Keep guns from people who are mentally ill.
Number 6: Ban direct internet sales of ammunition in New York.
Number 7: Create a State NICS check on all ammunition purchases.
Senate Majority Leader Dean Skelos said in a video statement that state Republicans are on board with “limiting high-capacity firearm magazines” like the ones used by Sandy Hook shooter Adam Lanza, and the Aurora, Co. movie theater shooter James Holmes.
Despite the move toward common ground between Cuomo and state Republicans, the NRA plans to continue to lead the opposition movement in the state, a position to which it is no stranger.  According to the Daily News, the NRA spent more on campaign donations for New York politicians than those in any other state -- $217,000 in the past 9 years.
The NRA campaign spending was in part intended to prevent Mayor Bloomberg’s proposal for microstamping on bullets as an effective crime fighting measure.  The publication goes on to refine it’s findings, saying that more than half of the donations came in 2010 after the defeat of the bill.
Additionally, the NRA has spent $159,000 in lobbying efforts in New York since 2009.
The article includes a list of the state’s top recipients, including former Senate Majority Leader Joseph Bruno -- take a look.
On Thursday, following a meeting with Vice President Joe Biden as part of the White House gun-violence task force, NRA representatives expressed discontent with the administration’s likely recommendation to ban high-capacity magazines for assault-style weapons.
“We were disappointed with how little this meeting had to do with keeping our children safe and how much it had to do with an agenda to attack the Second Amendment.  While claiming that no policy proposals would be 'prejudged,' this task force spent most of its time on proposed restrictions on lawful firearms owners - honest, taxpaying, hardworking Americans," the NRA said in a statement.
Biden has said that there has been a consistent set of recommendations, not coming from the administration, but from the stakeholders with whom the task force has been meeting.
On Thursday afternoon, as Biden held a press conference to announce the task force will be presenting its recommendations on Tuesday, news broke of another school shooting, this time taking place at a California high school by a student using his brother’s shotgun.  One student, who was shot in the chest, was described as critically wounded, while the shooter was taken into custody.
Share your thoughts on this article by posting a comment below or by visiting our Long Island Living discussion forum.