Climate Change and the Cold

The recent cold spell has doused the urgency behind climate change concerns. But even this cold weather lends credence to the theory of climate change. 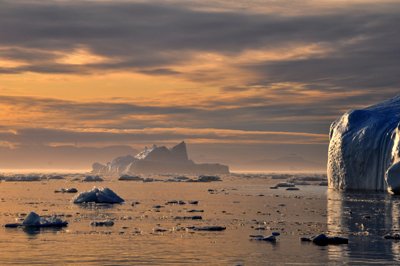 President Obama has become a target of climate change skeptics after citing the "devastating impact of raging fires, and crippling drought, and more powerful storms” in his inaugural address.

“We will respond to the threat of climate change, knowing that the failure to do so would betray our children and future generations,” he said to the applause and cheers of the crowd.
Following Hurricane Sandy, Sen. Charles Schumer did not hesitate to point to climate change as a driving force behind the frequency and force of recent storms.  Gov. Cuomo empaneled the NYS2100 Commission to assess the needs of the state with climate change in mind.  And, a week ago, as Long Island experienced unseasonably warm weather, it didn’t take much to get people talking confidently about the occurrence climate change.
But then, as temperatures suddenly plummeted, the general consensus on climate change began to fade.
As Jon Stewart aptly put it, “Global warming is a total hoax, and I’ll tell you how I know: Because, it’s cold, today, where I live.”
The fact is that the cold spell we are experiencing does not refute climate change; rather, it aligns with the theory.
A study published in September links rapid arctic climate change to extreme weather events in the United States and Europe.  As Arctic temperatures increase and the temperature balance between the Arctic and lower latitudes shifts, the course of the jet stream is also altered.  The jet stream directs storms and other weather patterns from west to east across the Northern Hemisphere, and as Arctic temperatures increase at a rate double the rest of the hemisphere, the course of the jet stream becomes wavier.  This pattern causes weather systems to linger, and easily leads to long-term extreme events like floods, drought, blizzards and heat waves, all of which we’ve seen in recent months.
Shortly after the new year, various headlines touted 2012 as the warmest on record.  The mid-summer months saw a nearly complete thaw of the mile-thick Greenland ice sheet, and other studies suggest that not only is it melting faster than anyone anticipated, the melt may be irreversible.
Melting sea ice is more than an indicator of rising Arctic temperatures and the subsequent shifting of the jet stream, it leads to rising ocean levels.  Reading the conservative super pac Heritage Foundation’s blogpost on climate change, one might be lead to believe that projections for rising ocean levels over the next century that point to a “modest 7 to 23 inches” is inconsequential.
When melting sea ice (less ice means more water) and rising ocean temperatures (water increases in volume as its temperature increases) are working together to raise sea levels, coastal communities as well as coastal ecosystems are directly threatened.  Long Islanders are now all too aware of the cost of devastating flooding.  Schools were closed, basic utilities were unavailable for weeks, and homes that were not completely destroyed have lost significant value as buyers are hesitant (rightly so) to invest in coastal properties.
Recently, Whole Foods CEO John Mackey, who has in the past accused President Obama of pushing socialist, and even fascist policy, acknowledged the occurrence of climate change, but disregarded it as “perfectly natural and not necessarily bad,” and more importantly, that we do not allow it to impede economic growth.   A report by the World Economic Forum suggests that it would cost $700 billion annually to curb climate change.
Considering both the cost of mitigating our own influences on the climate, and the cost of environmental regulations, it appears that President Obama will be engaged in an uphill battle to curb climate change, at least until several more devastating storms wreak havoc on our infrastructure and economy.
Share your thoughts on this article by posting a comment below or by visiting our Long Island Living discussion forum.