As a result of Hurricane Sandy, nearly half of Long Island’s school districts plan to cancel or take away days from midwinter recess. 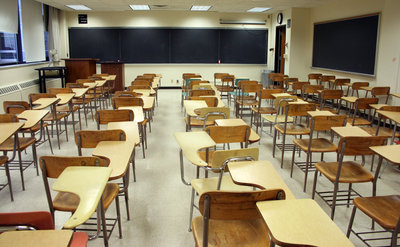 In the wake of the superstorm that kept many students out of school for over a week, Long Island schools are looking to make up the lost time during midwinter recess.

Midwinter recess includes Presidents Day, and schools originally were scheduled to be closed from February 18 to February 22.  Of Long Island’s 127 school districts, at least 66 districts now look to cancel all or part of the vacation.

New York State Department of Education requires that the schools be in session for at least 180 days, and has thus far not granted a waiver to allow a less than 180-day school year due to Hurricane Sandy.  School district officials contend that if the state reaches the decision to permit the waiver, the full midwinter vacation will be restored.  A bill including these waivers has already been introduced to the state Assembly, though they are not expected to meet until after January 1.

As per New York State Department of Education guidelines, school districts can only extend the school year to make up days after any vacation days have been exhausted.  Schools are not permitted to be open on legal holidays or weekends.

The 180-day rule is one that school districts closely abide by, and many districts schedule multiple additional days so as to ensure this minimum will be met.  If any district fails to be in session for a minimum of 180 days, it risks losing state financial aid.

Though using midwinter break days to make up for days lost during the hurricane may appear to be a relatively simple solution, students and teachers alike are becoming increasingly concerned about attendance during those newly restored school days.  Students and teachers who have scheduled vacations may continue to take them, bringing about smaller class sizes and an influx of substitute teachers for that week, which many speculate will lessen classroom productivity.