House Raises Debt Ceiling in Exchange for "No Budget No Pay"

The House voted in favor of the No Budget No Pay Act of 2013, which raises the debt ceiling, but also withholds the paychecks of lawmakers if their chambers fail to approve a budget by ... 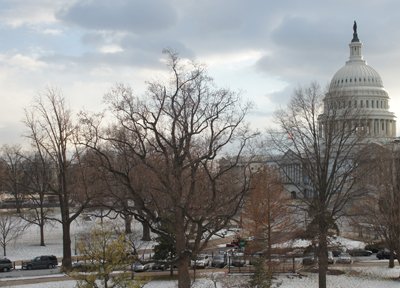 In a vote approving raising the debt ceiling and suspending any borrowing restrictions until late May, House lawmakers also passed a measure to withhold paychecks for Congressional members unless a budget is passed.  The legislation, approved by a vote of 285-144, is expected to pass easily through the Senate.

While the immediate obstacle of paying the nation’s bills has been averted, the No Budget No Pay Act of 2013 Act requires both chambers to adopt a budget by April 15.  If not, the paychecks of the lawmakers of either house (whichever fails to adopt a budget) will be placed in escrow beginning April 16.
Despite the threat, whatever pay is held will ultimately be released at the end of the current congressional session.
Senate Democrats have already pledged to pass a budget this year, though the Senate has not done so since 2009.  The Senate Budget committee will be moving a budget resolution through to the floor for the first time in four years.
In a floor speech, House Speaker Boehner (R-OH) said it’s time for the Senate and White House to produce a budget, but also said “there should be no long-term increase in the debt limit until there’s a long-term plan to deal with the fiscal crisis that faces our country.”
The White House was also pleased with the bill, and spokesperson Jay Carney affirmed that President Obama would not block the bill, though the administration would prefer extending or raising the debt ceiling for a long period of time in order to avoid the economic uncertainty following the 90-day suspension period.
Several leading Democrats described No Budget No Pay as a “gimmick” and are preparing for divisive battles over where money will be cut.
The bill does not specify any spending cuts, which is where the real debate will come in now that there is no concern about defaulting on national debt.
Share your thoughts on this article by posting a comment below or by visiting our Long Island Living discussion forum.