The White House, along with other international leaders, expressed anger and concern in response to North Korea's successful long-range rocket launch which placed a satellite into orbit.

North Korea’s successful long-range rocket launch made international headlines on Wednesday, and according to the regime, the satellite it was carrying was put in orbit. 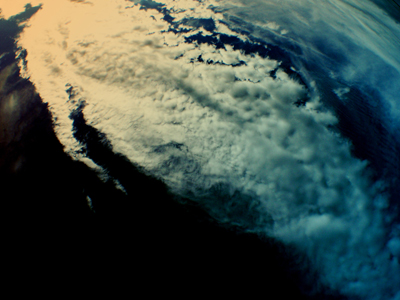 The White House condemned the launch, and National Security Council spokesman Tommy Vietor released a statement calling action “another example of North Korea's pattern of irresponsible behavior.”  Veitor went on to say the the U.S. will remain “vigilant in the face of North Korean provocations and fully committed to the security of our allies in the region.”
The launch, which comes days after Pyongyang suggested the launch might be delayed following several failed attempts, has also been condemned by South Korea and Japan who fear this advances North Korea’s ultimate aim to develop the capacity to launch nuclear warheads.
CNN reports that the North American Aerospace Defense Command, the joint U.S.-Canadian aerospace agency released a statement confirming initial indications that the North Koreans "deployed an object that appeared to achieve orbit."
The launch violates the United Nations Security Council resolutions.  The Council voiced its determination in April following the last failed attempt “to take action accordingly in the event of a further [North Korean] launch.”  Vietor said that the White House and the UN will be working together “to pursue appropriate action.”
Though the White House was surprised by the launch, some experts say the regime planned the launch before the end of 2012 to commemorate the centenary of the birth of the founder of North Korea, Kim Il Sung.
Share your thoughts on this article by posting a comment below.