A pair of expensive training videos produced in an IRS studio has garnered a great deal of disapproval this week. 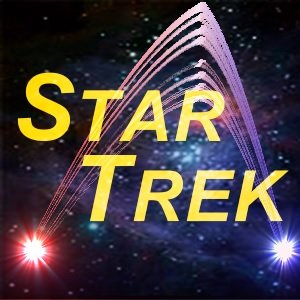 Government spending and waste are often the subject of great ridicule in the political arena. The matter of what is and is not worthy of taxpayer funding regularly sparks intense debate, but on occasion large expenditures for unreasonable causes surface, drawing rare consensus and universal criticism.

Last Friday, the Internal Revenue Service admitted to spending $60,000 on a pair of videos for training and leadership conferences in 2010 and 2011—a 16 minute spoof on Gilligan’s Island and a 5 minute parody of the original Star Trek television series.

The Star Trek video included a recreation of the Starship Enterprise’s bridge, on which IRS employees took on the roles of several iconic characters, including Captain Kirk, Spock, and Scotty to (poorly) act out a mission to the planet Notax which evidently suffers from a crisis of alien identity theft. The production caught the attention of Captain Kirk himself, William Shatner, who tweeted “So I watched that IRS video. I am appalled at the utter waste of US tax dollars.”

The IRS responded to outcries over the unnecessary expense of constructing an elaborate set in its New Carrollton, Maryland studio, stating “The IRS recognizes and takes seriously our obligation to be good stewards of government resources and taxpayer dollars. There is no mistaking that this video did not reflect the best stewardship of resources.”

No such apology was offered for the Gilligan’s Island video, however, as the IRS contends it served an actual purpose. Unlike the Stark Trek clip which had about as much training value as it did artistic, the Gilligan’s Island scene was the launching point for a 12 hour meeting which the IRS estimates saved taxpayers $1.5 million over the alternative of trying to train each employee individually. The organization added that future wastes would not occur, as it will “ensure that all IRS videos are handled in a judicious manner that makes wise use of taxpayer funds while ensuring a tone and theme appropriate for the nation's tax system.”