Gov. Cuomo announced that homeowners who experienced damage from Hurricane Sandy will not be responsible to pay insurance deductibles.

Following Hurricane Sandy Governor Cuomo announced that homeowners will not be responsible for insurance deductibles on claims for damage caused by the storm.  For many Long Island homeowners, this means savings in the thousands. 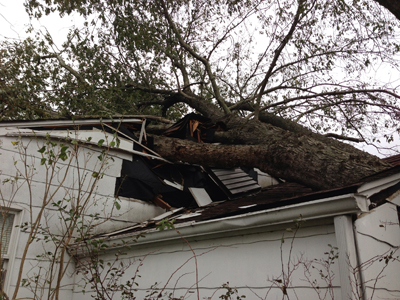 “Homeowners should not have to pay hurricane deductibles for damage caused by the storm,” the governor announced last week after the storm, following up with a warning that the state’s Department of Financial Services will be monitoring how insurers handle such claims.  According to the governor, because the storm did not sustain hurricane force winds when it made landfall in New York, costly hurricane deductibles for New York homeowners would not be triggered.
Typical insurance policies require homeowners to cover one to five percent of the home’s value as a hurricane deductible, which means that for a $300,000 home, a deductible could range from $3,000 to $15,000.
“Every little thing that works in the favor of homeowners is a blessing. The devastation of this storm will be felt for weeks to come as people attempt to reclaim their lives. Having to pay exorbitant deductibles on top of the costs for personal loss would be adding salt to the wound,” said Nassau County Executive Ed Mangano.
The superintendent of financial services, Brian Lawsky, said that the department’s mobile command center will be accessible in some of the hardest hit areas to answer questions regarding insurance claims.  The department has asked that homeowners file claims as promptly as possible, including policy numbers and photos or videos that document the extent of damage incurred.
Homeowners can further protect themselves by keeping a log of all conversations between themselves and their insurers, including the agent’s name and the date and time the conversation took place.
Flood damage claims should be filed independently through FEMA.
If you have any questions relating to your insurance claim following Hurricane Sandy, you can call the Department of Financial Services’ Disaster Hotline at 800-399-1759, and the office is open seven days a week.
The price tag for Sandy in New York alone is over $18 billion, and her destruction across the East Coast could total $50 billion.
Check out our Post-Hurricane Guide to find useful resources in recovering from Hurricane Sandy.