Gov. Cuomo announced the launch of "Open Budget," the first step in the "Open New York" initiative he outlined during the State of the State address. 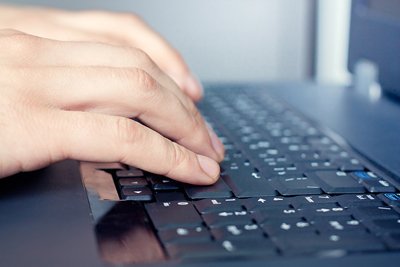 Gov. Cuomo outlined the “Open New York” initiative in his State of the State address two weeks ago, and on Tuesday he announced the first step had already been taken.

OpenBudget.ny.gov will provide citizens, researchers, business owners and the media with direct access to high-value budget related information.  The portal is touted as a “one-stop site for New York’s budget information,” providing “unprecedented access and transparency” to the state budget, and where users can find information about appropriations, budgeted and actual spending charts, as well as historical budget information, including the Governor’s Budget Message dating back as far as 1954.
"Open Budget is bringing the people back into government by taking budget data out of government file cabinets and making it available to the public for the first time in an easy-to-access, downloadable form. This will facilitate research, analysis, and innovation," Governor Cuomo said. "As a first step in my Open New York initiative, Open Budget provides a powerful tool for transparency and accountability, fostering citizen engagement and enhancing the public's trust in government."
Clearly, Cuomo has high expectations for this portal that goes beyond what Freedom of Information Law requires, and the other elements of “Open New York,” all of which use technology to promote transparency, improve government performance and encourage and enhance civic engagement.
The site also includes access to the governor’s executive budget materials and announcements, including those related to the 2013-14 budget.
"The area that attracts the most attention throughout the state involves how public money is being expended. Open Budget, as a first dramatic step in Open New York, will give average citizens and researchers the ability to determine where the money has been and where it will be going,” said Robert Freeman, the Executive Director of the Committee on Open Government.
Cuomo has a history of enhancing transparency in New York.  As Attorney General he created Project Sunlight which resulted in the state’s first-ever online database containing information related to campaign finance and lobbying activity, as well as state spending and contracts.  The CitizenConnects website lists the governor’s schedule, as well as meetings around the state and video’s of the governor.  Various other open government changes under Cuomo’s administration include opening the State of the State address to the public and as well as the Capitol’s second floor, his first act after taking office.
“Making budget data available to the public will foster productive engagement with State government, and I look forward to seeing the innovations borne through this initiative,” said Budget Director Robert L. Megna.
Share your thoughts on this article by posting a comment below, or by visiting our Long Island Living discussion forum.