A recent court decision opens the door for broadband providers to slowdown web access to popular websites or speedup loading times for others. 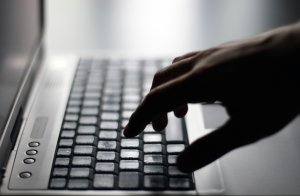 “Net Neutrality,” the concept of a free and open Internet in which all data and websites are treated equally, has been at the heart of a legal battle for years. Supporters of neutrality argue that people have a right to use the Internet however they see fit—in essence proposing that anyone who pays for a broadband connection should have no more or less trouble accessing their preferred search engine, social media website, or video service than they would accessing a competitor or alternative. Internet Service Providers, on the other hand, have fought for the ability to dictate the accessibility of any given site or service, reserving the right to make some sites load faster and throttle the speeds of others.

The Federal Communications Commission has long been on the side of net neutrality, and in 2010 chairman Julius Genachowski pushed forward a set of rules to prevent ISPs from showing favoritism to so some sites and prejudice against others. According to Title 47 of the US Telecommunications Code, the rules were meant to prevent “unjust or unreasonable discrimination in charges, practices, classifications, regulations, facilities or services.”

Carriers brought a lawsuit against the FCC which was argued before a Federal Appeals Court last September and on Tuesday, January 14, in the case of Verizon v. Federal Communications Commission the DC Circuit Court sided largely with ISPs.

“Though the Commission has general authority to regulate in this arena, it may not impose requirements that contravene express statutory mandates,” said Circuit Judge Tatel in his ruling. “Given that the Commission has chosen to classify broadband providers in a manner that exempts them from treatment as common carriers, the Communications Act expressly prohibits the Commission from nonetheless regulating them as such.”

He went on to explain that “Because the Commission has failed to establish that the anti-discrimination and anti-blocking rules do not impose per se common carrier obligations, we vacate those portions of the Open Internet Order.”

Shortly after the ruling, Verizon released a statement saying “today’s decision will not change consumers’ ability to access and use the Internet as they do now, and claiming it would actually “allow more room for innovation.”

Despite the promise of unfettered access to the web for its customers, however, a representative for Verizon has already said the company is looking into ways of charging popular content providers such as Netflix to maintain the same speeds it enjoyed before net neutrality was struck down. Failure to agree to an ISP like Verizon’s terms would presumably mean that Netflix and similar services would see their speeds choked, forcing customers to wait through long loading times and exacerbated buffering.

“I’m authorized to state from my client today that but for these rules we would be exploring those types of arrangements,” Helgi Walker, a lawyer for Verizon told Bloomberg on the subject of charging content providers.

This approach would largely be used by ISPs to dig a new revenue stream out of sites and services which use up comparatively high amounts of bandwidth—and that revenue could potentially even be reinvested in improving infrastructure if the company is so inclined—but the court’s decision leaves open the door for broadband providers to throttle any site they see fit. Google, Facebook, Twitter, or even smaller sites could be slowed down just as easily as Netflix, Youtube, Hulu, or Amazon.