As a result of the across-the-board spending cuts known as sequestration, which went into effect March 1, thousands of students across Long Island and the nation could be affected by cuts in funding for federal ... 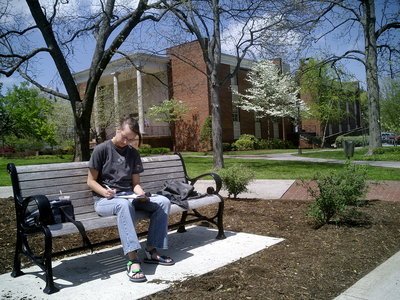 As a result of the across-the-board spending cuts known as sequestration, which went into effect March 1, thousands of students across Long Island and the nation could be affected by cuts in funding for federal student aid programs for the remainder of the fiscal year 2013 budget and 2013-14 award year.

Unless the sequestration law is modified to target funds differently, the Federal Work-Study and Federal Supplemental Educational Opportunity Grant programs will be cut by about $86 million for 2013-14. This would result in about 33,000 fewer FWS awards and 71,000 fewer FSEOG grants.

According to campus-by-campus estimates from the National Association of Student Financial Aid Administrators, locally about $660,000 in undergraduate financial aid funds given to students each semester would be lost beginning with the fall semester.

Parents and students are now faced with basing college-related financial decisions on information that is subject to change.

"This is the time of year financial aid offices are sending out information to tell students and their families what they can expect to spend on their education," said Megan McClean, NASFAA's director of policy and federal relations. "Some schools are having to put asterisks and include caveats because it is still too early to know the impact of the cuts."

While some Long Island colleges maintain that they will be able to absorb the reductions for now by replacing federal dollars with scholarships and grants, others like Nassau Community College report that the cuts would force them to reduce students’ work-study hours or modify eligibility requirements to allow fewer students into the federal program.

Sandra Friedman, associate vice president of financial affairs at Nassau Community College, which could lose nearly $70,000 between the two programs, said the cuts will "hinder or delay educational goals."

LIU expects to lose about $140,000 in federal dollars that would have gone to 1,200 work-study students at its Brookville and Brooklyn campuses, David Mainenti, associate vice president for student financial services and compliance at LIU Post noted.

"We can handle year one,” Mainenti said. “The question is whether this is going to happen year after year until these programs are gone."

According to NASFAA estimates, Hofstra University stands to lose $98,250 in federal work-study and $32,602 in SEOG funds, the most of any Long Island campus.

“Federal resources are an important part of how students pay for their education, and while we are concerned by a potential loss in federal aid, we also remain committed as an institution to helping our students and their families finance this critical investment in their future,” a spokesperson for the university said.

Adelphi University has also said that it has the financial resources to "hold students harmless."