The FRA will soon have 45 new safety inspectors and will implement critical safety monitoring systems in trains. 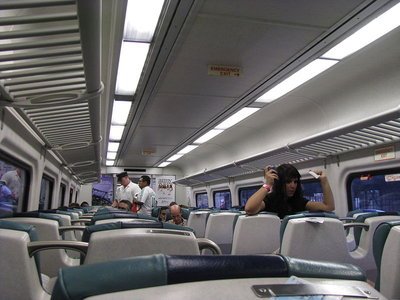 Senators Charles Schumer and Richard Blumenthal announced Jan. 14 that an influx of funding, including $185 million for the Federal Railroad Administration, has been approved for the purpose of improving railroad safety in the United States. The FRA funding will be used to hire and train 45 new railroad inspectors, which the Administration says are critically needed, by the end of Fiscal 2014.

Presently, the FAA lacks the resources necessary to inspect 99% of US’ railways, but the new funding and inspectors will help to greatly improved safety efforts. According to the senators, far more track can now be inspected every year; and additional safety audits can be conducted.

“Having additional inspectors for our nation's rails will prevent future accidents and make the riding public safer, plain and simple,” said Schumer.  “We’ve been under investing in our rail safety agency for too long.”

“These funds are a solid step toward fixing persistent, prevalent rail safety flaws,” added Blumenthal. “More inspectors on the ground will enable detection of track defects and other deficiencies to deter and prevent future tragedies like Spuyten Duyvil and Bridgeport costing lives and dollars. Additional safety steps are urgently necessary but this money combined with FRA’s camera rule commitment marks real progress.”

The “camera rule” is another new safety measure that Schumer and Blumenthal introduced a day prior. The new safety system, consisting of inward- and outward-facing cameras in all locomotives and operating cabs, is designed to prevent accidents like the Dec. 1 Metro-North derailment at Spuyten Duyvil that killed four passengers and injured 67 others. The train was moving at 82 miles per hour in a 30 mph zone; and according to media reports, the train engineer admitted to “nodding off.”

The inward-facing cameras in the new system would monitor train crew performance, allowing the MTA and other railroads to spot dangerous behaviors such as dozing off or texting; and the outward-facing cameras would be used to monitor crossing accidents and to spot any deficiencies on the tracks such as broken rails.

Additionally, the cameras would help investigators determine the cause of a crash by providing video evidence of what was occurring inside the train at the time of the accident.

“The most important thing we can do in the wake of tragedies like the Spuyten Duyvil derailment is to learn from the mistakes made and ensure that they never happen again,” said Schumer.

“I commend the FRA for finally heeding our call – as well as the recommendation of our country’s foremost safety experts – to implement these inward- and outward-facing cameras. Rolling this program out across our entire rail network means that we will now be able to identify damaged infrastructure and dangerous behavior onboard our commuter trains before it leads to another deadly disaster,” Schumer continued.

Following a 2008 train collision in California resulting in 25 fatalities, the National Transportation Safety Board concluded that a “performance monitoring program that includes in-cab audio and video recordings would serve as a significant deterrent…” At that time, the NSTB recommended the FRA require the installation of crash-and fire-protected inward and outward facing audio and image recorders, calling them “essential to safety as well as train operating conditions.”

Until now, the FRA had not moved forward with a nation-wide plan of implementing the recommendations of the NTSB. Currently, Amtrak locomotives have outward-facing cameras that record signals and gate crossings; and New York’s commuter rail lines like Metro North and the Long Island Railroad do not have inward-or outward-facing cameras.

“Installing safety cameras inside and outside railcars is a simple, straightforward safety strategy that will help prevent future derailments and collisions,” said Blumenthal. “Installing these cameras will also ensure that misconduct and mistakes are recorded so those involved can be held accountable. While I’m pleased the FRA has heeded our call for safety improvements, the agency needs to move quickly to adopt them because time is of the essence.”

[Source: Senators Charles E. Schumer & Richard Blumenthal]
This article was written by Vickie Moller with contributions from Christian Abbatecola
Photo by The Wordsmith, via WikiCommons