The Knicks lost a close game last night after JR Smith launched a shot too early in the final 20 seconds, and missed from three-point range. 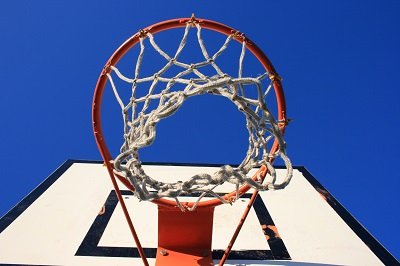 Knicks Top Spurs, Falter in Houston
Fresh off a win over the Nets, the Spurs were hoping to get their second straight win against a New York team on Thursday. The Knicks came ready to play, however, as Carmelo Anthony returned from a sprained ankle just in time for the first game of 2014.

The score was tight throughout the night, as each team would make a brief run only to see it answered in kind by their opponents. The Knicks lead by a single point, 26-25, after a first quarter in which Carmelo Anthony put up 8 points and Iman Shumpert scored 10. They fell behind by 9 early in the second, but Toure Murry, Kenyon Martin, and Andrea Bargnani answered with a combined 14 points to make it 40-43. Anthony sunk two straight jumpers to put the Knicks back on top and a pair of Shumpert threes kept them there as they entered the break up 52-47.

The tug-of-war continued through the third, and San Antonio eventually retook the lead late in the fourth. With just over a minute to play, Melo retied the score 98-98 on a layup and Shump sunk another three to make it 101-98. Marco Belinelli answered with a three of his own, but with 24 seconds left to play Shumpert made an amazing put-back off a missed Anthony three to put New York ahead again. Two Carmelo free-throws later, the Knicks had a 105-101 win over what has been, by any measure, a better team this year.

Anthony posted a double-double with 12 rebounds and 27 points on 10/20 shooting; Shumpert had a career-high 27 points on 10/13 from the field. Amar’e Stoudemire put up 11 points in under 24 minutes of play, and Bargnani and Beno Udrih both shot for 10.

The Knicks went on to play Houston last night, facing not only an old friend in Jeremy Lin, but also a team to which they have lost both 8-straight overall and 8-straight road games. The Rockets took an early 11-4 lead, but New York quickly battled back to tie the game at 16, and would go on to leave the first up 24-20. The lead went back and forth through the second quarter, but Houston came away with it by the period’s end—outshooting New York by 5 to take a 48-47 advantage into the half.

New York began to pull away late in the third as an 11-4 run saw them go up 79-70, and Shumpert closed out the quarter with a pair of foul shots to take them into the fourth up 81-73. That lead was quickly squandered, however, as a 10-1 Houston run got the Rockets right back in the game to start the final quarter and the two exchanged leads for the rest of the night.

The Knicks were down by 5 with a 1:27 to go when Shump launched a three to make it 100-98. A Houston turnover quickly resulted in Tyson Chandler being sent to the line; he made both shots, and the game was tied at 100 with a minute to go. New York retook possession in the last 50 seconds and Udrih missed a three as the shot clock expired, but hit the rim allowing Chandler to rebound and regain the ball with the shot clock turned off and the score tied.

Chandler passed to JR Smith, who fired a three immediately and missed. Houston got the rebound and was quickly fouled; Brooks landed a couple of free throws, giving the Rockets a 102-100 lead with 17 seconds to play. Shumpert and Udrih both missed shots in the final 11 seconds, and the game ended in a ninth-straight Rockets win.

Shumpert led the team in a crushing defeat, putting up 26 points on 9/14 from the field and 6/6 from beyond the arc. Anthony scored 25 on 10/23 shooting, Chandler posted a double-double with 13 points and 11 rebounds, and Udrih scored 10.

The Knicks will try to rebound from the loss when they play the Mavericks at 7:30 PM tomorrow.

Nets Rally Past Thunder
The Nets have been a mediocre team in a bad division this season, and they looked it as they began the new year in San Antonio. A 2-0 lead earned on a Teletovic dunk to start the game was the high point of the night for Brooklyn; the Spurs quickly took the lead away and before long had a 20-6 advantage. The Nets recovered, slightly, but were still down by 10 at the end of the first quarter. San Antonio only added to the spread in the second, taking a 59-36 lead into halftime.

Brooklyn was still down by 30 after the third quarter, and could only make a small dent against the San Antonio bench, outscoring the Spurs 24-15 in the fourth. They lost by a final of 113-92.

5 players scored in double digits for the Nets, though none made it past 15 points. Mason Plumlee led from the bench with 15 points and 13 rebounds, and Shaun Livingston scored 15 as well. Alan Anderson put up 13 points, as did Paul Pierce, and Teletovic shot for 12.

The Nets looked just as inept as they continued their brief Western Conference trip in Oklahoma City on Thursday. After Deron Williams helped lead them to a 29-26 advantage in the first quarter, Brooklyn began to crumble in the second. Both teams traded blows in the first four minutes of the period, but the Thunder went on a 14-1 lead which put them ahead 52-38, and would close out the half up 59-44. OKC outscored Brooklyn 33-15 in the frame.

To Brooklyn’s credit, the team did not give up after the break. Pierce got them started on a rally early in the third, and Williams kept it going with a pair of threes followed by a pair of free throws which closed the gap down to 64-57. The Nets would end the quarter trailing by 11 after outscoring the Thunder by 4.

The rally continued in the fourth as Brooklyn scored the first four points to close within 7. A Pierce three followed by a jump shot got them within a point, and Deron Williams landed a three to send the Nets ahead 91-89. After a Williams jump shot the Thunder scored four straight to make it 93-93, but Joe Johnson scored on a jumper as time expired, giving the Nets a 95-93 victory.

Brooklyn outscored OKC by 13 (29-16) in the final quarter. Williams led the team in scoring with 29 points, followed by Pierce with 18 and Anderson with 13.

The Nets will face the Cavaliers next, at 7:30 PM tonight.

Rangers Blown Out by Penguins
While most New Yorkers have been dealing with extreme cold, the Rangers seem to have enjoyed their trip to Florida this week. After beating the Lightning on Sunday, they made a short trip to face the Panthers for Tuesday’s game.

A scoreless first gave way to a Florida lead when Brad Boyes backhanded in the first goal of the night midway through the second. That 1-0 lead looked like it might hold up, but with 2:10 left to go in the third, Dan Girardi knocked in the tying goal on a wrist shot, sending the game into overtime at 1-1.

The OT period went scoreless, and both teams missed their first two attempts in the ensuing shootout, but Brad Richards scored what would prove to be the game winner in the third frame. Henrik Lundqvist stopped 21 of 22 shots over 65 minutes as the Rangers took their second of two wins in Florida.

New York’s brief hot streak died down as they returned to colder climates, facing the Pittsburgh Penguins last night. Pittsburgh took the first lead on a power play halfway through the first period, and doubled it with a Jussi Jokinen wrist shot in the final 80 seconds.

Jokinen made it 3-0 with a backhander 1:09 into the second, and Sidney Crosby contributed a backhanded shot of his own to close out the second with a 4-0 spread. The Rangers finally broke onto the scoreboard when Mats Zuccarello knocked in a wrist shot nearly eight minutes through the third, and Ryan McDonagh did the same four minutes later to cut the once four-goal deficit in half.

New York would come no closer, however; Chris Kunitz bookended the night with his second goal a minute after McDonagh’s, and the Rangers lost 5-2. Lundqvist stopped only 23 of 28 shots on goal.

The Rangers will play the Maple Leafs at 7:00 PM today to finish a 5-game road trip.

Islanders Win Three Straight
The Islanders had plenty to celebrate as the New Year began. After beating the Wild last Sunday they travelled to Boson for their final match of 2013; there, the Bruins took an early 1-0 lead which held through the first period, but Frans Nielsen tied the game during a power play six minutes into the second.

Boston pulled ahead again later in the frame—first during their own power play 12:33 into the period, and then again on a Daniel Paille tip-in 25 seconds later. The 3-1 advantage did not hold, however, as the power play continued to determine the outcome of the period; Frans Nielsen backhanded in his second goal with 3:30 left on the clock, and Kyle Okposo tied the game with just 3 seconds to go.

John Tavares was the first Islander to score without the benefit of a power play and he did so early in the third, putting New York up 4-3 on a wrist shot 32 seconds through the final period. He scored again 13 minutes later to cement a 5-3 victory. Evgeni Nabokov stopped 35 of 38 shots on the night.

Coming into the new year with a rare win streak in hand, the Islanders hosted the Blackhawks on Thursday. This time they took the first lead with an unassisted Casey Cizikas wrist shot 15:24 through the first, then added on with a Thomas Vanek backhander midway into the second.

The period progressed with Chicago getting on the scoreboard via a Brent Seabrook slapshot with less than 90 seconds to play, and fewer than two minutes into the third Ben Smith tipped in the tying goal. The score remained 2-2 through regulation, but Okposo knocked in the winning goal with a wrist shot 58 seconds into overtime, giving the Islanders a 3-2 win. Nabokov blocked 37 of 39 shots on the day.

The Islanders have now won four of their last five games, and will try to continue the streak when they host the Hurricanes at 7:00 PM tonight.