Long Island Ducks Have a Rough Week with 4 Losses

The Ducks currently have the worst record in the Atlantic League as they travel to Yorktown this weekend to turn season around. 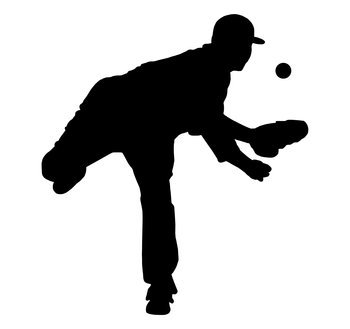 The Long Island Ducks endured another tough week in the start of their season, as they lost four of six games overall. Last weekend saw the Ducks get out to a good start as they defeated the Sugarland Skeeters in the home opener at Bethpage Ballpark in Central Islip.

The Ducks used an eight run third inning to blow open the home opener. The rally kicked off with a three-run homerun by Ramon Castro, followed by a grand slam by Danny Perales. Castro had put the Ducks on the scoreboard earlier in the first inning with an RBI single, and has played excellent thus far in the season.

One of the other offseason acquisitions, pitcher Dontrelle Willis, pitched well despite not being factored into the decision. He allowed three runs, only one earned, in 2 2/3 inning pitched. Willis has not pitched very well overall so far, but kept the Ducks in the game for the Ducks bats to take over. Reliever Josh Lansford picked up the win.

The pitching failed Long Island in the final two games of the series, as the Ducks fell 7-1 and 12-3 to wrap up the weekend. They hosted the Somerset Patriots this past week, losing two of the three games in a hard-fought and thrilling series.

In the first game the Ducks suffered a heartbreaker. After an RBI by red-hot Ramon Castro and an RBI double by Ryan Strieby, the Ducks carried a 4-1 lead into the eighth inning. Unfortunately the bullpen came undone, and allowed five runs in the eighth to erase the Ducks lead as they fell 6-5 to the Patriots.

The Ducks bounced back nicely the following day thanks to two homeruns by Bryant Nelson. His second homerun broke a 2-2 tie in the seventh, and the Ducks went on to win 3-2. Ducks starting pitcher Matt Way threw a fantastic game, striking out eight hitters over six innings while only allowing two runs.

The Ducks now head on the road again as they travel to Yorktown this weekend to play the Revolution. The Revolution sit at 7-7, and could be a good matchup for the struggling Ducks who find themselves with the worst record in the Atlantic League. It is the beginning of a seven game road trip for Long Island who looks to get back on the winning track.