A propane explosion in Brentwood and a plane crash in a residential area in Shirley rounded out this week on Long Island.

Last Tuesday an explosion at 12 Prospect Drive in Brentwood killed a toddler and injured 17 people. The parents of 18-month-old Rah’quan Palmer, the toddler who died, were also seriously injured, along with two other residents, as well as police and rescuers, according to the Suffolk County Police homicide squad.
The house was completely destroyed, and nearby houses were also condemned because they were found to have been pushed off their foundations.  A portion of a neighboring home was seen hanging 30 feet in the air from a tree.  The exact cause of the explosion is still unknown, but investigators found that there were two 200-gallon propane tanks outside the home, but there were no natural gas lines in the neighborhood.  Robert Kuehn, the Brentwood Fire Department Inspector, has said the initial investigation suggests a gas explosion as the cause. 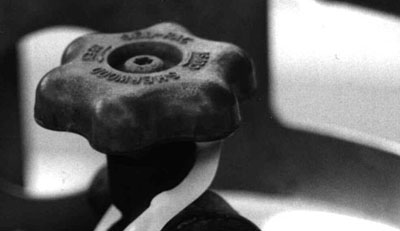 According to Town of Islip officials, the homeowner did not have permits for the propane tanks.  Permits are required for tanks exceeding 20 gallons.  Although the house had been inspected, town officials did not sight the massive tanks during several visits.  The homeowner, Marcel Richards, 62, of Brooklyn, acknowledged that he had been fined for multiple housing violations, dating back to 2003, for operating a one family home as multiple family units.  Richard has 10 violations issued by the Town of Islip against him, and his wife, Manise Richards has 12 for the period of time the house was in her name, and plead guilty to four for which she paid about $1200 in fines.  The violations were issued for a variety of reasons, including adding a bathroom sink in the cellar, additions to the home, and lacking a working smoke detector.
The week’s second residential accident occurred Sunday, when a Socata single-engline plane crashed into a home in Shirley.  Two of the three people on board were killed, including the plane’s pilot, David, J. McElroy of Orient, and Jane Unhjem of Goshen, NY.  Unhjem’s husband, Erik, remains in critical condition at Stony Brook Medical Center.
According to National Transportation Safety Board officials, a complete investigation could take 12 to 18 months.  So far, it is known that the Unhjems were interested in buying the plane, and there were several discrepancies in the plane’s maintenance reports.  The reports will serve as the central focus of NTSB’s continuing investigation.
Erik Unhjem is an experienced pilot who flew his wife to Long Island from the Dutchess County Airport to view the Socata before purchase.  It is unknown who was flying the plane at the time it crashed into a tree in a residential portion of Shirley before crashing into a garbage container and bursting into flames.  Nearby residents attempted to extinguish the blaze with garden hoses.
Share your thoughts on this article by posting a comment below or visiting our Long Island Living discussion forum.