The Nets have made franchise history, but the Knicks continue to struggle since Stoudemire's return. 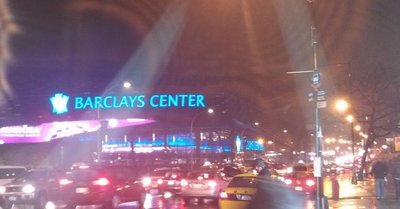 Since PJ Carlesimo took over head coaching duties for Brooklyn, the team has only lost one game. Following a 113-93 win against Sacramento, the Nets moved on to Philadelphia on Tuesday night. Much of the game was closely contested, but a 35-14 third quarter put the Nets over handily. Deron Williams scored 22 while Blatche had 20 off the bench; Reggie Evans scored only 2, but had a whopping 23 rebounds as the Nets won 109-89.

During last night’s game against Phoenix, Brooklyn was actually trailing by 7 as they entered halftime. The tables would turn as the Nets’ defense took control of the game, holding the Suns to just 13 points in both of the last two quarters. A consistent offensive performance put them up 99-79 by game’s end, as Lopez, Johnson, Williams, Brooks, and Blatche all scored in the double-digits.

With this victory, the Nets have now won three games in a row by a spread of 20. This is the first time in the franchise’s NBA history it has accomplished such a feat, as it has not had a streak like this since 1975, when it was a member of the ABA. Brooklyn hosts Indiana tomorrow at 6 PM.

The Knicks’s offense was stifled when they ran up against Indiana on Thursday. Though they managed to take a 62-58 lead early in the fourth quarter, after having trailed most of the night, the Pacers quickly put the pressure back on with a 13-0 run. The Knicks ultimately fell 81-76.

Carmelo Anthony suffered a one game suspension for confronting Kevin Garnett after Monday’s loss to the Celtics, leaving JR Smith to do most of the heavy lifting. Smith did score 25 on the night, however, Stoudemire had only 9 points in his 21 minutes of play and the rest of the team had little else to show for the night outside of Chandler’s double-double (12 points, 15 rebounds).

Anthony returned last night as the Knicks took on a Bulls team to which they have already lost twice this season. New York’s offense was again hushed in the first half, scoring only 18 in both of the first two periods and trailing 82-60 entering the fourth quarter.

The Knicks came alive in the fourth, with Anthony scoring 19 of his 39 points as the team rallied to a 41-point final period. Unfortunately it was too little too late; New York fell 108-101.

This marks the third straight loss for the team, which is now 23-13 on the season. The Knicks will try to recover tomorrow against the Hornets, at noon.