Police Take to the Internet to Prevent Mass Shootings

The NYPD has begun meeting to discuss how to identify potential deranged gunmen online before they commit their crimes.

Thursday marked the first day of meetings amongst New York Police Department intelligence officials to examine ways to search the internet for potential gunmen before they can carry out violent attacks. 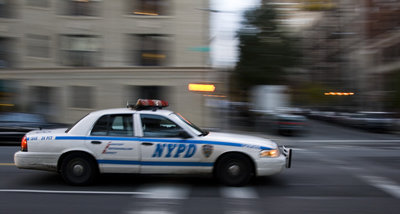 “The techniques would include cyber-searches of language that mass-casualty shooters have used in e-mails and Internet postings,” said Police Commissioner Raymond W. Kelly in a public statement. “The goal would be to identify the shooter in cyberspace, engage him there and intervene, possibly using an undercover to get close, and take him into custody or otherwise disrupt his plans.”

Gunmen and potentially violent individuals have been found to use the internet as an anonymous sounding board for their frustrations, and some even disclose their plans.  Shooters in the Columbine, Virginia Tech, and Aurora massacres have also used the internet to obtain weapons and ammunition, as well as to learn how to make illegal modifications.

The NYPD meeting came less than a week after the shooting at Sandy Hook Elementary School that claimed the lives of 20 students and 6 faculty members. Some NYPD officers will be dispatched to Newtown to see what they can learn about the shooter and what led up to the rampage last Friday.

According to NYPD chief spokesman Paul J. Browne, NYPD intelligence officers would look to create an algorithm that would search the internet “for terms used by active shooters in the past that may be an indicator of future intentions.”  Kelly added that the internet sweeps would be similar to those used to detect terrorists’ posts and discussions online.

“Active shooters can cause multiple deaths in seconds, regardless of police training or how deft the police response,” said Kelly. “For that reason, the NYPD is examining ways, through intelligence, to try to identify potential active shooters before they strike.”

The NYPD has so far had a relatively safe year, and reported that the city is on track to end 2012 with less than 400 homicides – a figure that has not been seen since 1960.  Shooting deaths are also down from 2011.