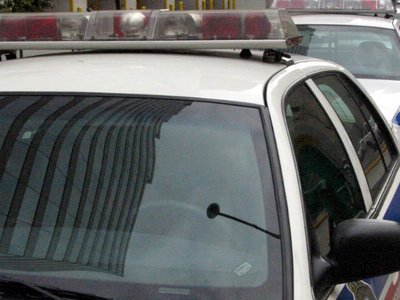 WEST BABYLON—The first “Important Information” entry on the West Babylon Union Free School District’s homepage is a notification that elementary report cards have been posted—directly followed by a notification that an Active Shooter Drill is to be conducted by the Suffolk County Police Department at the High School.

This alarming disparity demonstrates the disturbing reality that our schools are no longer the secure havens they once were.

Following the Sandy Hook Elementary School shootings, Long Island school district officials affirmed that the safety of their students is their highest priority, that security policies would be scrutinized and that immediate measures would be implemented to respond to dangerous intruders.

In keeping with those promises, The West Babylon School District affirmed that it was “honored to take part” in the SCPD Active Shooter Drill, which was designed to help police prepare for the possibility of a gunman gaining access to the school.

After confirming the date and time of the drill, Thursday, March 28, 2013 from 8 a.m. to 12 noon, the school district’s web notice cautioned, “. . .  .During the drill, you will see many police vehicles and media around the building. THIS IS ONLY A DRILL and there is no reason to be alarmed. Students will not be in the building at the time of the drill. Thank you.”

Using modified Glock pistols with fake 9mm ammunition, the SCPD transformed the High School’s hallways into a training site, complete with the sounds of children screaming and gunfire, to simulate an attempt to locate a suspect who has opened fire in a classroom.

"This could happen at any time on any given day so these officers need to know to be comfortable with the situation," said Suffolk County Police Deputy Inspector Mathew Lewis.

School administrators were also on hand to witness the drill. "If an incident were to happen in our schools, the local precinct they actually know the lay of the land of our schools," said West Babylon Superintendent Anthony Cacciola.

For the past several months, the SCPD has been using school buildings to train officers in mock active shooter drills.

On Saturday, Feb. 23, Connetquot High School was the site of a drill involving approximately 60 Suffolk police officers, together with emergency workers.

What’s your opinion? Please include your comments below, or on our Long Island Living Discussion Forum.